The Marketer’s Guide to NFTs and Gaming

Blockchain networks, cryptocurrencies, and NFTs have been key topics in recent conversations about the future of the internet and the impact of technology on the world at large. For anyone not in the know, it can seem like a lot happened last year: major auction houses starting selling NFTs, money lost to crypto scams reached an all-time high of $14 billion, and the announcement of Facebook’s Meta signaled Big Tech’s growing interest in cultivating the metaverse.

But what does any of this mean for gaming? If you’re a marketer who’s interested in reaching gamers — but who isn’t quite familiar with any of these emergent technologies — it can be a challenge to cut through the noise and figure out what’s most relevant to you and your business.

The good news is that we did the digging for you, using our background in navigating the gaming industry and its surrounding culture to put the pieces together. The conclusion we’ve reached is that your business is likely better off playing it safe and holding off on going all-in on NFTs.

To explain why, we need to zoom out a little. 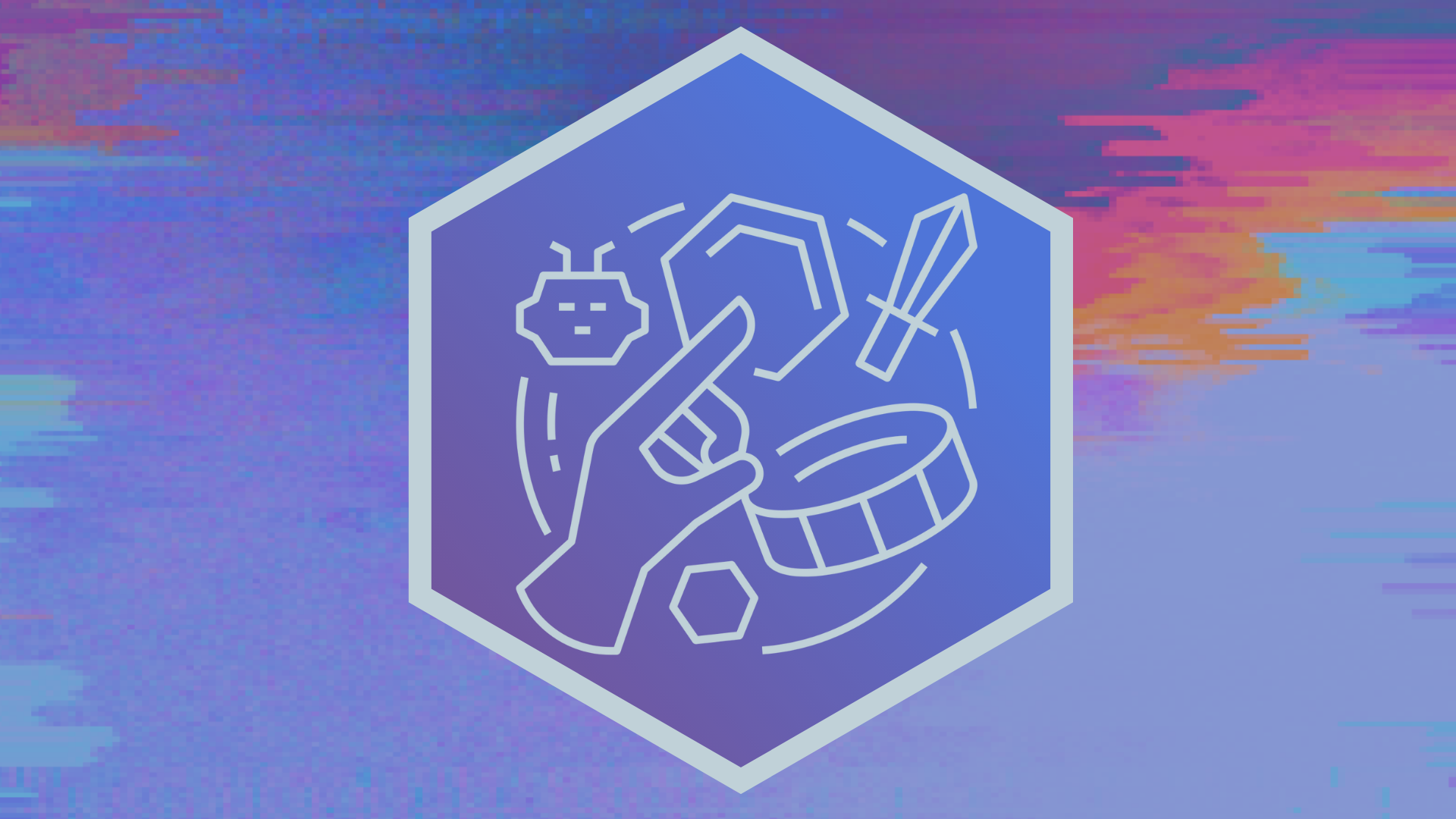 Before we dive into NFTs, let’s talk about what’s at stake for the gaming audience.

Today, many of the most popular games utilize the “games-as-a-service” model (often abbreviated as GaaS). Games like these include competitive online games like Fortnite, Valorant, and Apex Legends. They also include free-to-play mobile-first games like Candy Crush Saga and Clash Royale.

The GaaS model allows game companies to charge players for access to a steady stream of new content. This additional content varies from game to game, but it could include anything from a slate of new character looks to something as substantial as an exclusive new game mode.

In some GaaS games, the transaction is simple: The player purchases the content they want using real-world money. However, you’ll find that many GaaS games will allow players to pay for additional content using in-game currencies that are typically split into two categories: premium currency and non-premium currency. 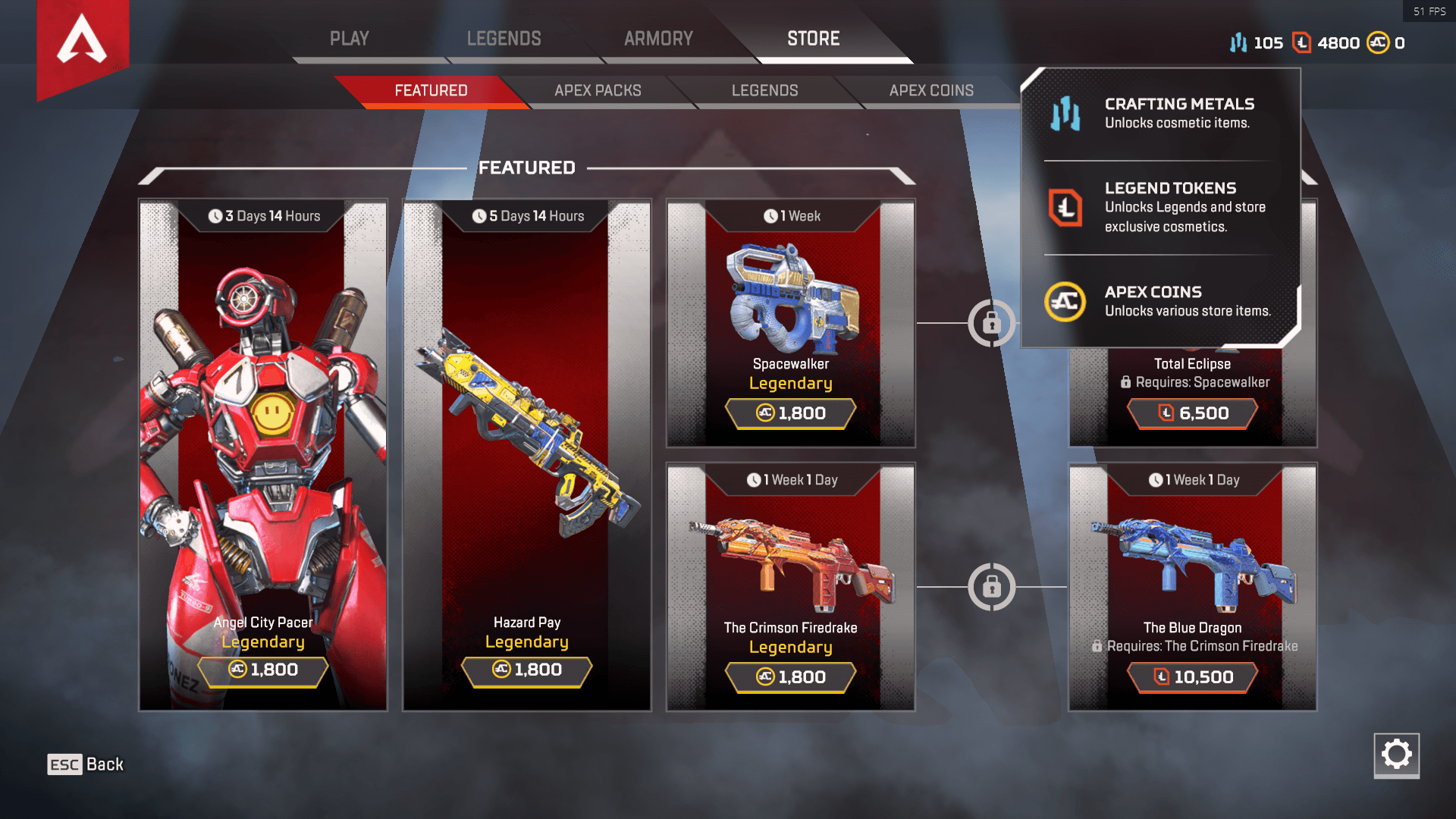 So when a player wants a new piece of content, they’re faced with a choice: Should they pay for it with money or with time?

This is an especially urgent question when the content they want is exclusive to a “timed” or live event that happens at a specific place and time.  If you miss the event, you won’t be able to claim whatever rewards or items are available. To make matters of collecting more difficult, game companies don’t usually facilitate the exchange or reselling of in-game items. The introduction of NFTs, however, might change that. 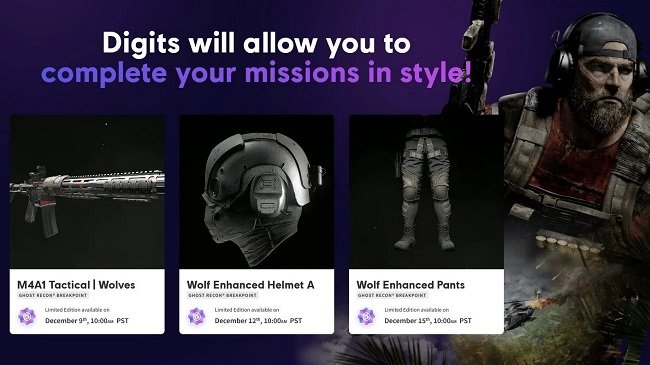 What do NFTs have to do with gaming?

We won’t be spending too much of this article explaining the ins and outs of blockchain technology or web3. (For a fairly comprehensive and beginner-accessible explainer, check out The Verge.) Instead, we’ll focus specifically on NFTs and how they relate to gaming.

You’ve most likely heard of NFTs through their ties to the world of digital art. In the context of cryptoart, NFTs essentially represent pieces of digital art that have been “minted” on the blockchain.

In this case, “minting” an NFT means storing a URL that contains the image file on a public and trackable ledger. This ostensibly allows an NFT owner to “privately own” a piece of digital art (although they continue to be at the mercy of whoever hosts the domain where the image is stored).

One of the primary differences between NFTs and “IRL” artworks is that NFTs are bought and sold using cryptocurrencies. The introduction of new technologies over the past couple of years has caused prices for popular cryptocurrencies like Ethereum to experience sudden upswings or fluctuate wildly. This has in turn caused many more NFT owners and investors to flood the market, drawing the attention of a smaller group of owners who see the opportunity to turn a profit from the emerging craze.

This is where gaming companies come in. As mentioned above, many of the monetization models for today’s GaaS games hinge on the sale of digital assets like skins and emotes, purchased either à la carte or through subscriptions. NFTs represent an opportunity to turn each and every purchasable in-game item into a privately owned asset that can be traded and resold.

One of the most high-profile examples is Ubisoft, which launched its own platform for NFT cosmetics last year. Dubbed “Quartz,” the platform has only hosted NFTs (which Ubisoft calls “Digits”) for use within a single game: Tom Clancy’s Ghost Recon Breakpoint.

Breakpoint’s Digits were distributed to players for free, though during “timed drops.” This type of release was popularized by streetwear companies like Supreme; every week, the brand announces a host of new limited edition products to be released at a specific time and date, building hype for their customers and ensuring the lines to purchase stay long.

Ubisoft’s approach to their Digit drop was quite similar. Rather than producing aesthetically unique Digits for every player, Ubisoft gave players “Editions” of one from a set of cosmetic items. (Other than small serial numbers emblazoned on each Edition, Editions of a single cosmetic look identical to one another — much like individual pieces of clothing from Supreme’s drops.) 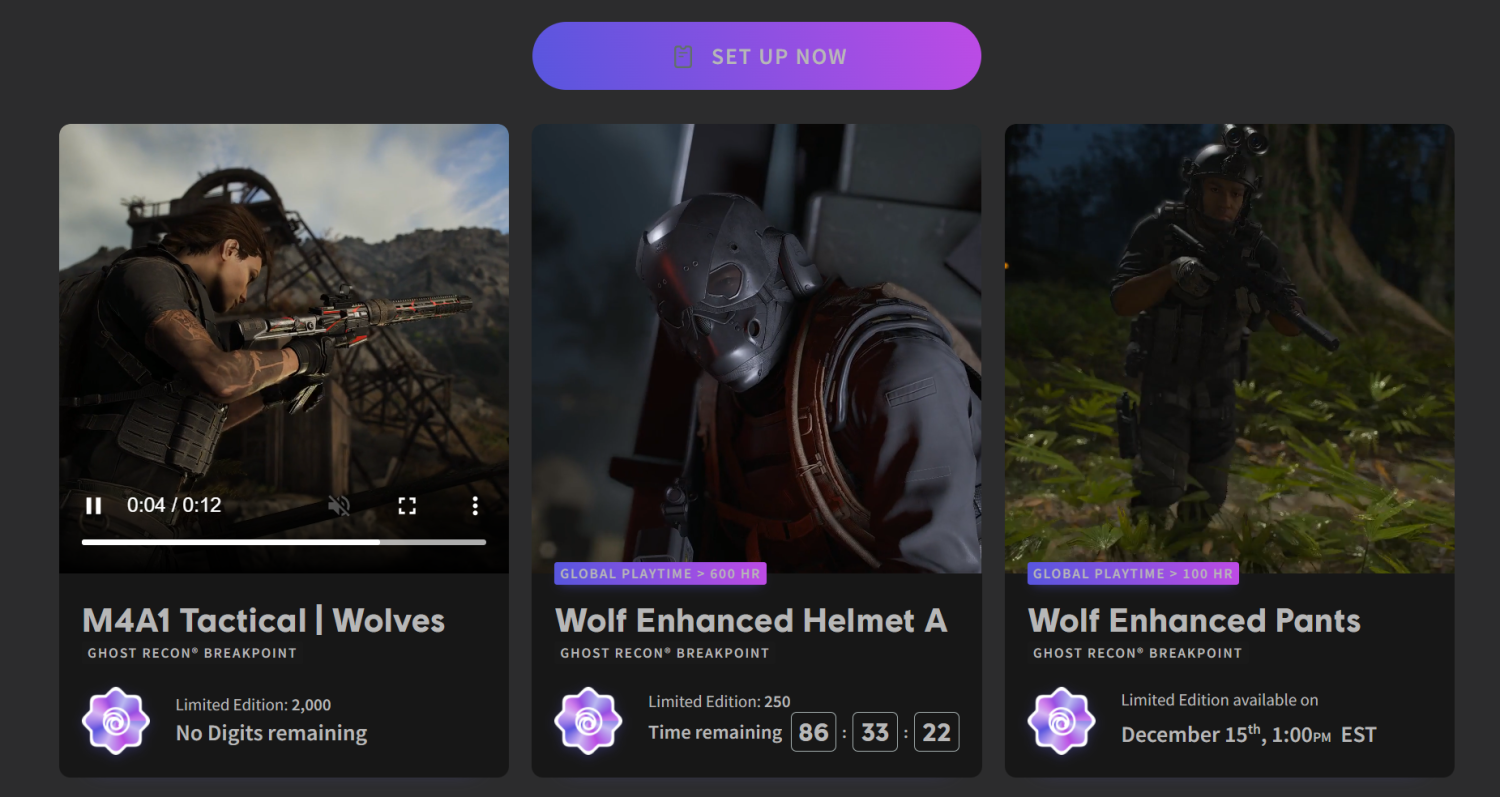 By now, you might be wondering: How is any of this meaningfully different from owning cosmetic items in other games? Well, as mentioned earlier, proponents of NFTs tend to tout their ability to enforce private ownership of digital assets via the blockchain.

Ubisoft’s promise is that eventually players will be able to bring their Digits from game to game, showing off their “one-of-a-kind” Editions of various items to denizens of other digital worlds. (Whether or not this is even actually feasible on a technical level remains up for debate, however.)

Systems like this could also allow players to trade and even resell in-game assets to other players — and, in some cases, make a profit from them. Think of it like a band t-shirt: if you were there at Woodstock, any apparel you purchased would be worth quite a bit. In fact, some games already allow players to earn in-game cryptocurrencies that can be exchanged for real-world money, inspiring a new “play-to earn” genre. (We’ll get into these in another article.)

Should your business market with gaming NFTs?

For starters, you’ll need to consider the community aspect of any campaign you may launch that involves NFTs or cryptocurrency. Ubisoft’s aforementioned dabbling in NFTs was met with harsh criticism from players and employees alike. Solidaires Informatique, a trade union that represents some workers at Ubisoft Paris, went so far as to call the NFT scheme “useless, costly, and ecologically mortifying” (more on that last point in a bit).

Ubisoft’s first NFTs highlight how bad all this is. 600 hours to earn an NFT! Now crypto bros will just afk bot to farm hours so they can collect their shitty helmet. Ubi wins because they can book these metrics as ‘increased MAUs’, even though its all pumped up by this garbage. https://t.co/LcLaHmOuHC

Ubisoft players aren’t the only ones who have been vocal in their opposition to NFTs. Many Neopets fans were quick to criticize the announcement that its developers would be turning their characters into fodder for NFTs. After the NFT sale, Neopets fan site jellyneo.net estimated that 4,233 of the 10,000 NFTs were sold by the event’s end, all but proving that the team behind them had overestimated their audience’s interest.

The developers behind S.T.A.L.K.E.R. 2: Heart of Chernobyl faced a similar pushback when announcing they’d be releasing NFTs related to the game as a part of a “S.T.A.L.K.E.R. Metaverse.” A post decrying the campaign reached the top of the game’s subreddit, and once it became clear that players would not be pleased with any method of introducing NFTs to the game, the developers relented and canceled the campaign — less than ninety minutes after posting a careful defense of their plans.

Our take: Wait and see

Our recommendation is ultimately to play it safe and wait it out. There’s no need to rush into a volatile market, and while the technology might seem promising, it’s clear that the gaming industry is still trying to find graceful ways to adopt it. The environmental concerns aren’t likely to go away anytime soon, either, and we can’t recommend anything as ecologically devastating as NFTs in their current state — as of January of this year, a single Ethereum transaction still consumes much more energy than 100,000 VISA transactions.

Additionally, from our point of view, the risk to brand safety remains quite high, and it would require a lot of legwork to protect your business from potential problems.

If your company has ESG targets, you would need to consider the carbon impact of minting NFTs. You would need to work with your customer experience team to determine who’s responsible for fielding potential problems with fraud. Finally, your legal counsel would need to provide guidance for navigating any brand IP conflicts associated with NFTs that have your company’s name attached to them.

Look into your other options. If your primary goal is to reach gamers, get ahead of upcoming advancements in tech, or secure your brand’s own part of the metaverse, then there might be other, more effective ways of making that happen — all while avoiding risks to either brand safety or the environment. Reach out to us if you need a helping hand.