Should Your Brand Make A Game?

When brands consider entering the gaming space, there’s one question in particular that we get asked: “Should we make a game?”

It’s understandable. Nothing says “We belong in the gaming space!” like successfully shipping a video game. If you’re reading this, it’s possible you’ve asked this question yourself. But before you make that leap, there are some important considerations to take into account — namely, your background, audience, and primary goals as a brand.

For the sake of posterity, though, let’s answer the initial question: Should you make a game as a part of your brand’s next major campaign?

The short answer is…

Most likely, no. Here’s why.

Firstly, making a game — especially one that a) looks polished and b) has compelling enough gameplay to engage new players — tends to take a significant amount of resources, labor, and time.

Even simpler 2D mobile experiences require a lot of work. In addition to the actual technical labor behind coding the game, you’d also need to budget for things like writing, art, audio, and QA testing. Joost Rietveld, Assistant Professor at UCL School of Management, notes that many advergame budgets fall within the range of $100,000-$500,000. Time is an important factor, too: While there isn’t a standardized means of determining the development timeline for any particular game, a span of months can easily balloon into a span of years.

Accessibility is another important issue. In addition to coaxing people to find and download your game, you’d also need to make sure that the game is available on platforms that are relevant to your target audience. Mobile players and PC players are different audiences, for example, and may respond differently to different experiences.

Though it might be tempting to pour tens or hundreds of thousands of dollars into developing a game, the truth is simply that there may be more cost-effective ways of spending your time and money depending on your goals.

What are my other options?

The good news is that making a game isn’t your only path towards reaching the gaming audience. Here are some things you can do in lieu of diving head-first into game development. 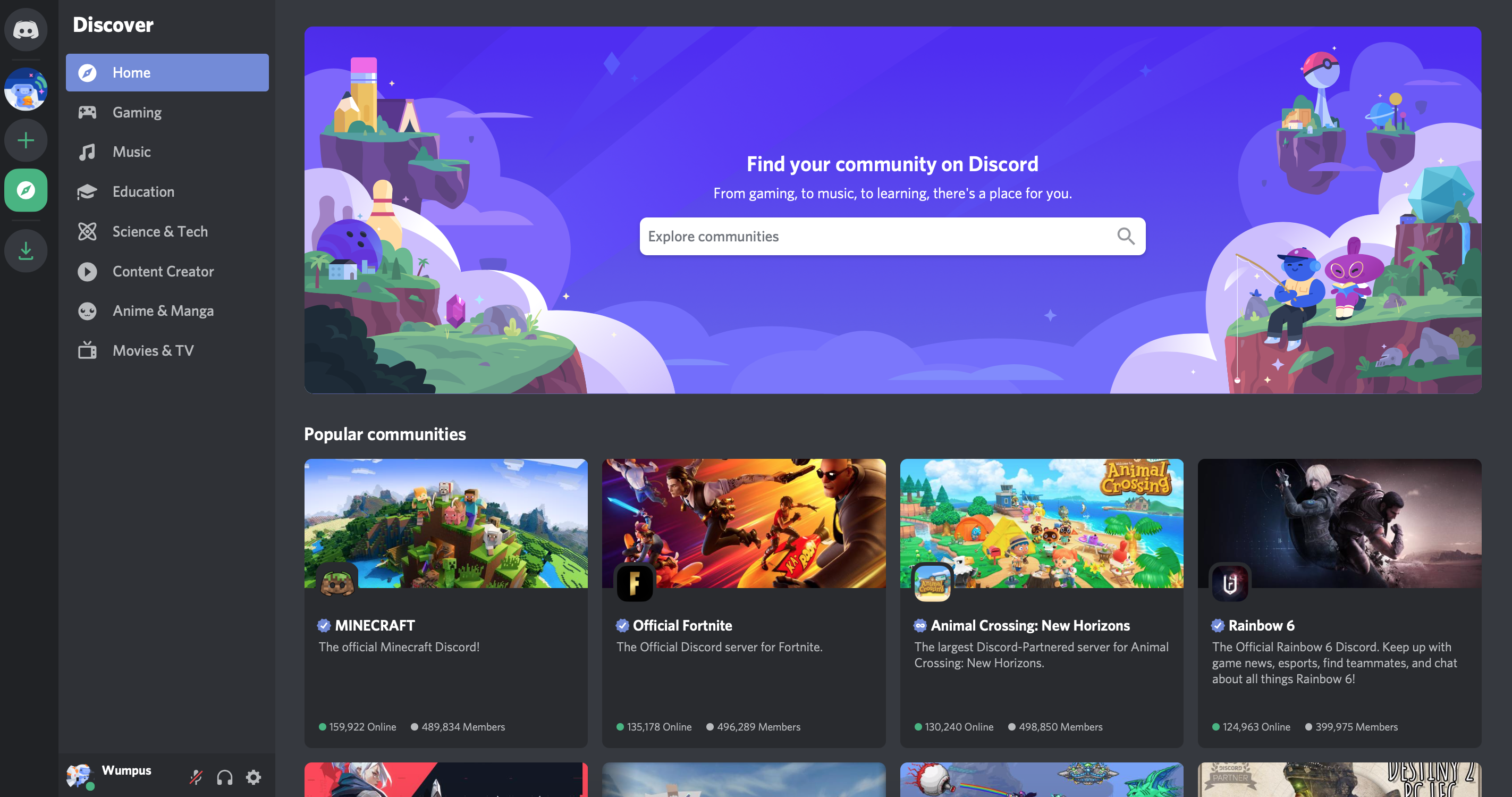 Dip your toes in the water with social

If your primary goal is to meet the gaming audience where they tend to congregate, turning to social media is a great way to start observing and interacting with them.

Different social media channels serve different utilities for the gaming audience — and for you as a researcher, as well. Reddit, for example, is useful for learning about the major stories of the day and for gauging the public’s reaction at a mass scale. Twitter can assist you in performing some light sentiment analysis on the day’s trending gaming topics, while Discord servers can afford you a more intimate look into the conversations taking place within specific gaming communities.

Don’t be afraid to reach out directly to the gaming audience on these platforms, as well. Posting contests on Reddit or answering user questions on TikTok can net you conversations with users while demonstrating some of your brand’s personality.

However, if you’re going to aim for social, it’s important to determine the right social channel for your brand. Each has its strengths and weaknesses, and each is suitable for different audiences. For a more in-depth run-down of the many social channels gamers use, check out our guide for marketers.

If you want to develop a game because you want to erect a platform for your own gaming-specific content, then building your own gaming content hub could be a more effective alternative for your brand. After all, games aren’t the only media that the gaming audience consumes; video and editorial content are a big part of their diet, too.

Whether your content consists of blog posts, YouTube videos, or podcast episodes, you’ll want to bolster your initiative with a strong content strategy. This may also entail gaining a better understanding of how your brand’s audience intersects with the general gaming audience.

Take Red Bull’s gaming hub, for instance. Replete with essays, interviews, and videos related to the world of gaming, Red Bull’s gaming hub works because of their strong roots in esports. In an interview with Forbes, professional FIFA player Ryan Pessoa explains, “They understand the space and that you have to do more than just put a Red Bull logo on something to be involved. They’re invested in gaming in the same way they’re invested in sport.”

Red Bull’s gaming hub, which is filled with profiles of esports athletes and tips and tricks articles about competitive games, makes perfect sense given the foundation they’ve established within the esports community. If you want more guidance on how to get started with your own gaming content strategy — including a case study on how we set one up for Intel — our article has plenty of tips. 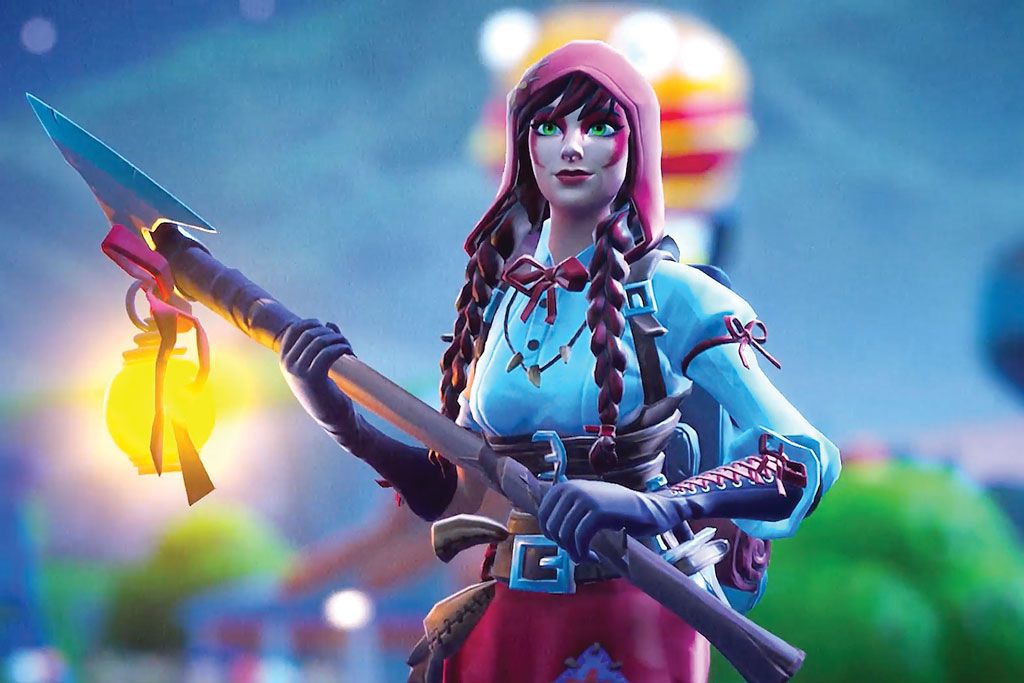 Get into the thick of it with an in-game event

Lastly, if interactivity and gameplay are of paramount importance to you, then consider launching an activation or hosting an event within an existing game. This is also a great option if your goal is to communicate your brand’s dynamic, authentic understanding of the current developments in the gaming space.

Take Wendy’s “Keep Fortnite Fresh” campaign, for example. In 2019, Fortnite announced that, for a limited time, players could participate in a new game mode called “Food Fight.” The game mode pitted two teams of players against one another — Team Burger and Team Pizza, representing the Fortnite universe’s own Durr Burger and Pizza Pit, respectively.

Wendy’s cleverly identified a key detail in Fortnite’s fast-food lore: Durr Burger keeps their beef in freezers, which Wendy’s promises to never do. The result was a branded, nine-hour Twitch stream in which Wendy’s, playing for Team Pizza, relentlessly ignored enemy opponents in favor of bashing Durr Burger’s many in-game freezers. The stream was ultimately viewed over 250,000 times.

One thing you’ll need to consider if going this route, however, is the game’s terms of service, which may impact what kinds of activations you are legally allowed to host within its bounds. In late 2020, for example, Nintendo issued business usage guidelines regarding Animal Crossing: New Horizons, imploring businesses not to use the game to promote external marketing campaigns.

To avoid this, try defining a KPI for your activation ahead of time and see if it clashes with the game’s terms of service. If you’re satisfied with simply sourcing earned media, then you’re more likely to get away with executing an in-game activation than if you were after, say, garnering consumer data. 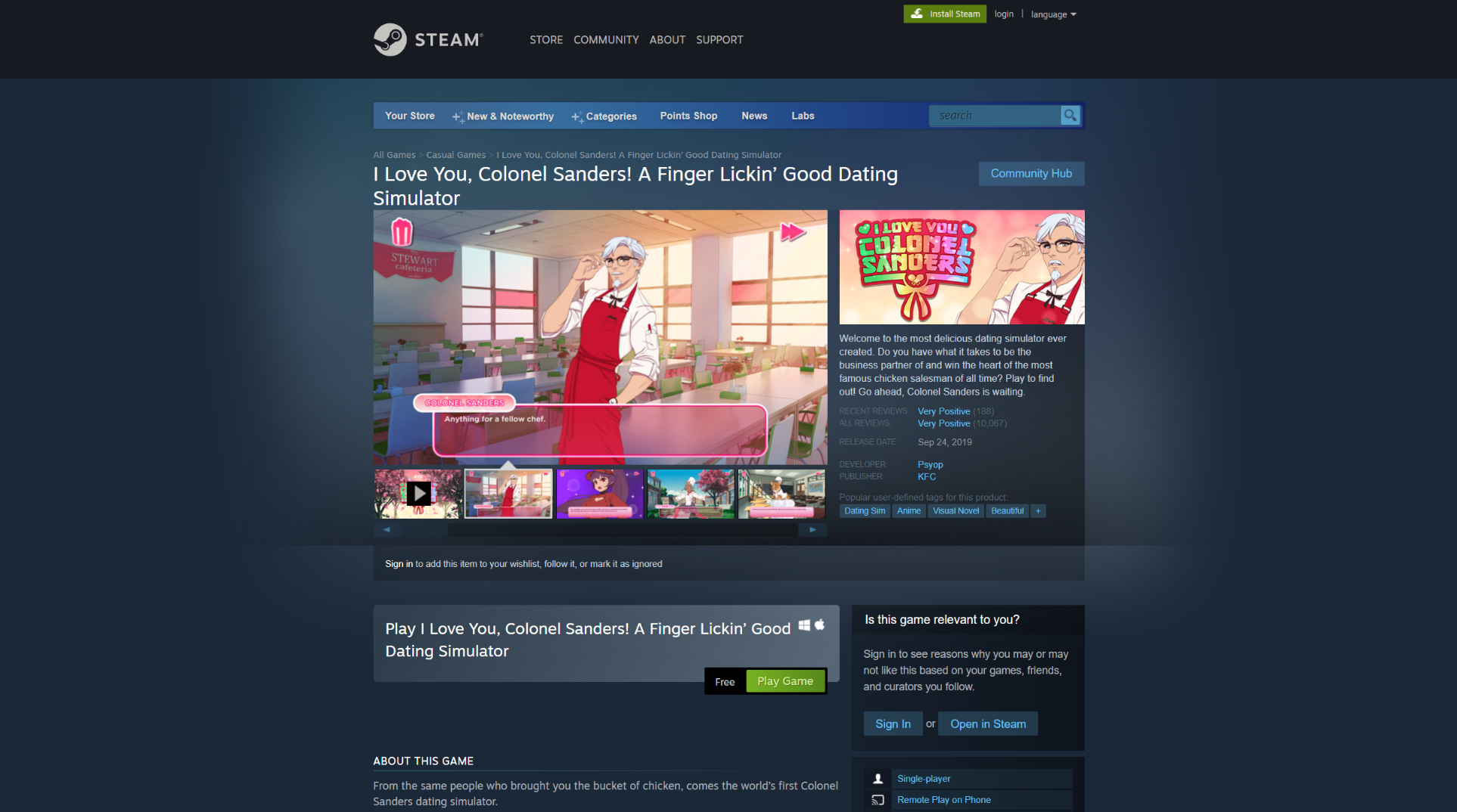 Should you make a game?

Of course, if you still feel compelled to make a game even after considering every other option, then, by all means, make a game! It’s not impossible: KFC made a dating simulator back in 2019 and it still has positive overall reviews on Steam. But if you’re not KFC, actually convincing someone to download and play your game might be difficult, and you won’t be able to benefit from the attention KFC was able to garner from the press and from streamers. Instead, consider trying one of our suggestions above, and if you need more advice, shoot us an email.