How to Do a Charity Stream

Did you catch fighting game competitor Dominique “SonicFox” McLean’s 72-hour charity marathon Twitch stream last month? While it was filled with lots of funny moments, the esports player raised a serious amount of dough—over $20,000 for The Trevor Project, which provides crisis intervention and suicide prevention services for LGBTQ+ youth. This isn’t exactly new: The history of charity in gaming goes way back, but many people may not exactly know how to do a charity stream, one of the most common forms of fundraising in the gaming community.

Typically, charity streams involve a streamer playing a game during which viewers can make donations. For longer streams (for example, eight hours), a group of streamers may trade off to give each other breaks.

Games Done Quick also just held its summer marathon, which involves a series of charity streams featuring high-level gameplay by speedrunners. The week-long event raised more than $3 million for Doctors Without Borders, smashing its previous record by more than $575,000.

Other gaming charities will host their own fundraising streams since they not only financially support their cause but spread the word about their mission. AbleGamers is one such nonprofit, dedicated to improving accessibility in the video game space, enabling more people with disabilities to be able to play video games. We spoke to Craig Kaufman, Program Director at the organization, about charity streaming.

Twofivesix: How do you run charity streams at AbleGamers?

Kaufman: When we host our own fundraising streams from AbleGamers HQ we make a schedule and reach out to as many of our partners as we can. The support we usually ask for is product for the event, giveaway items, or donation matching. Once we have everything in place, we start spreading the message and getting as many people involved as we can from other streamers and viewers to mods to help ensure the event goes smoothly.

Twofivesix: How can a brand or company sponsor a stream?

Kaufman: There are multiple ways brands can get involved in charity livestreaming, either by supporting a streamer, reaching out to the charity, or hosting their own event. If a company or brand is looking to host an event, they can always reach out to a charity to see if they may have any recommended streamers that may fit to support the stream or more information that may help spread the mission of the organization. When it comes to supporting individual streamers, a brand can provide products or codes as giveaways or raffles. When a streamer does a giveaway in their channel, it usually brings in a lot of extra viewership and donations.

Twofivesix: What incentive is there for companies to get involved in charity streams?

Kaufman: Charity livestreams are a great way to rally the company’s customers and community together to support a great cause. 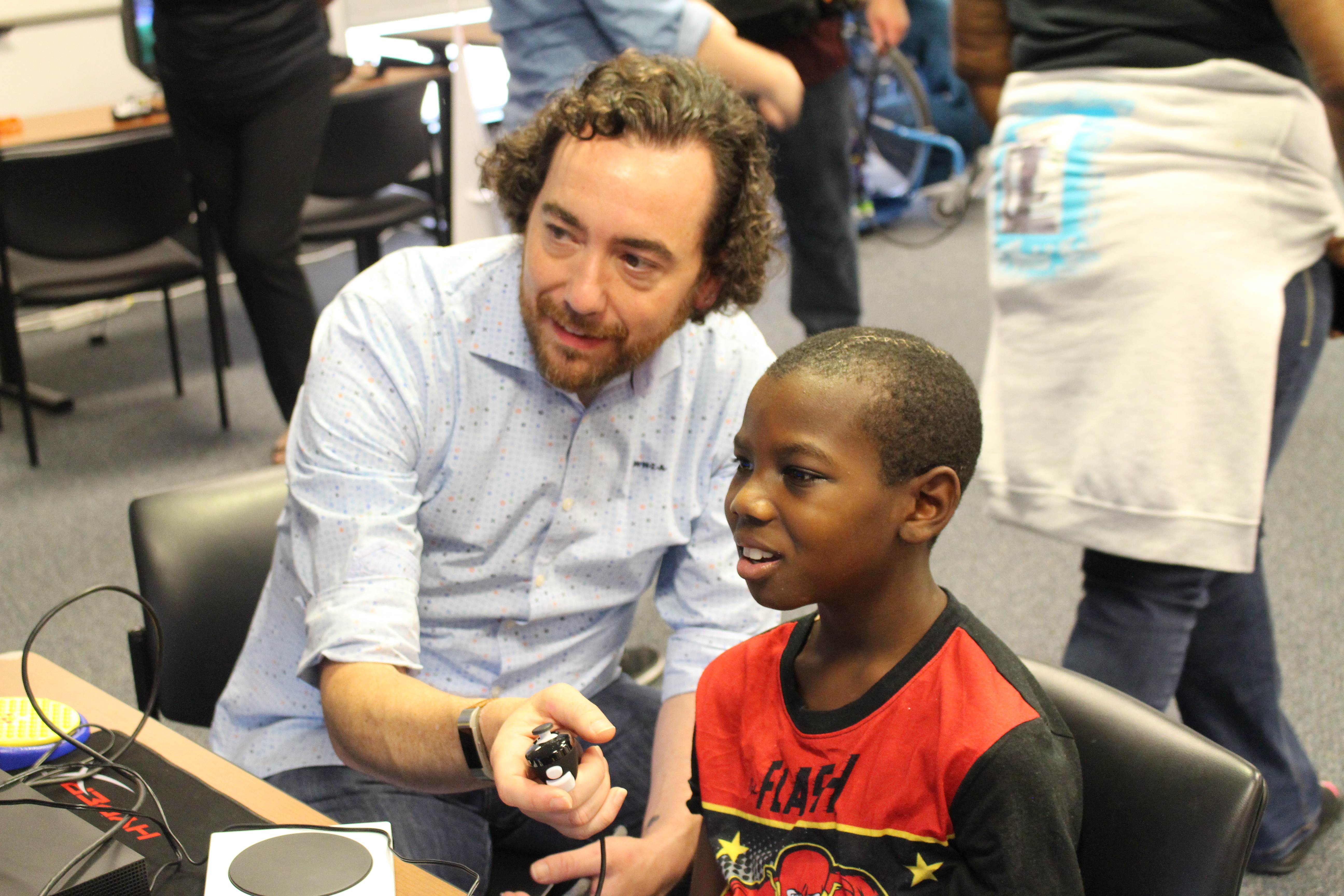 Twofivesix: How do you decide which streamer(s) to team up with?

Kaufman: We have booths at major gaming conventions like PAX East, RTX, Twitchcon, ETC, where we share information on how to set up fundraising events to support our mission and explain how impactful funds raised are for our goals as an organization. Social media platforms such as Twitter are extremely impactful when it comes to informing streamers about our mission and how to fundraise for it.  We are always looking to connect with more organizations and streamers to help spread our message.

Twofivesix: How do you come up with a strategy?

Kaufman: Planning a charity stream can be a pretty big undertaking, especially if it’s your first time trying to put one together. It’s important to have realistic expectations when it comes to viewership, the total amount raised, or participation. It’s important to keep in mind dates to ensure that there aren’t conflicts that may impact viewership such as movie launches, game launches, or huge sporting events. As far as the length of the event, that depends on how many people are participating. The idea of a “24-hour live stream” is not always practical or healthy to do, so if your goal is a full 24 hours it is important to take shifts.

It’s important to not get too worried about breaking a fundraising goal. Charities are incredibly grateful for any amount raised and that you shared the information with your community. Most donation platforms allow you to edit your goal during the event, so making a smaller obtainable goal first is ideal. It allows the community to come together to feel like they accomplished something and gives you opportunities to expand a goal further.

Twofivesix: What platforms do you use?

Kaufman: AbleGamers uses Twitch to host our charity streams and uses Tiltify or DonorDrive to take donations. Deciding what platform to use depends on where your audience usually sees your content. We have had amazing supporters fundraise for our mission on Youtube, Mixer, Facebook, Twitch or a combination of multiple platforms.

Twofivesix: Anything else companies should keep in mind when it comes to charity streams?

Kaufman: The world of live streaming can sometimes be a little hectic. There will always be some technical problem no matter how many times you check everything. It’s important to relax and enjoy the event knowing you made an impact instead of worrying about every small detail. Every time you host a live event you learn something new.

If you’re still wondering whether you should participate in a charity stream, consider this:  Charity is a good look for brands, especially since more and more consumers (from millennials to Gen Z) want to buy from brands that share their values. Sponsoring or running charity streams is also an easy way to get involved in gaming by hitching your wagon to a streamer’s audience and influence. Companies, however, will need to come up with ways to determine which streamer and community are right for them and make sure they have brand safety guidelines and vetting in place.