5 Things Marketers Should Know About Gaming in 2021

Now is as good a time as ever to start marketing to gamers. During a year when many industries were either put on hiatus or forced to reconfigure themselves, the gaming industry experienced growth on many different fronts.

But what happened in gaming, esports, and streaming throughout the past year, and—more importantly—how might it affect your business? Below, we’ll discuss five of our most salient takeaways from observing the events and trends of 2020. 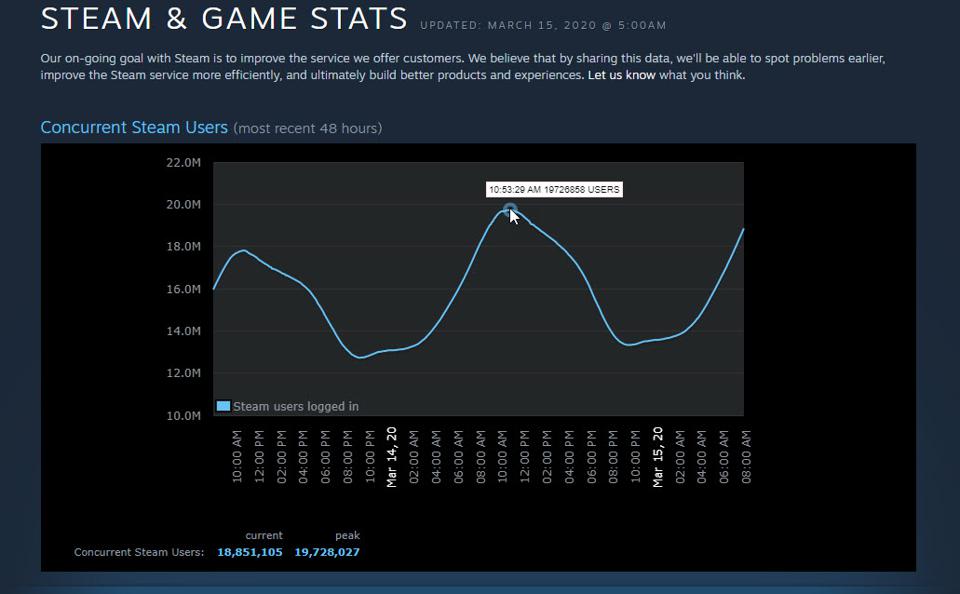 As sports stadiums, movie theaters, performance venues, and most other centers for recreational activity closed their doors last year, many people turned to gaming as a way to manage their boredom and quarantine fatigue. Nielsen company SuperData claims that the gaming industry exhibited a year-over-year growth of 12% in 2020.

The study also stated that “over half of US residents (55%) played video games as a result of the first phase of COVID-19 lockdowns,” while Eurogamer reported that gaming distribution service Steam hit a record-high of nearly 25 million concurrent users right at the top of 2021 — the seventh time they’d broken the record in 12 months. Nintendo sold 40% more Switch consoles during Q3 2020 than they did during Q3 of the previous year, while next-gen Playstation 5 and Xbox Series X consoles remain sold out.

As the gaming audience expanded in 2020, so did their appetite for gaming content hosted on platforms like Twitch and YouTube. According to the SuperData report, “Gaming video content (GVC) became a $9.3B industry in 2020, reaching 1.2B viewers.” Twitch garnered over 17 billion hours watched across 2020, which was an 83% increase from 2019’s viewership numbers.

If you’re thinking about including gamers in your addressable market, then this is good news for you: That audience keeps getting bigger. 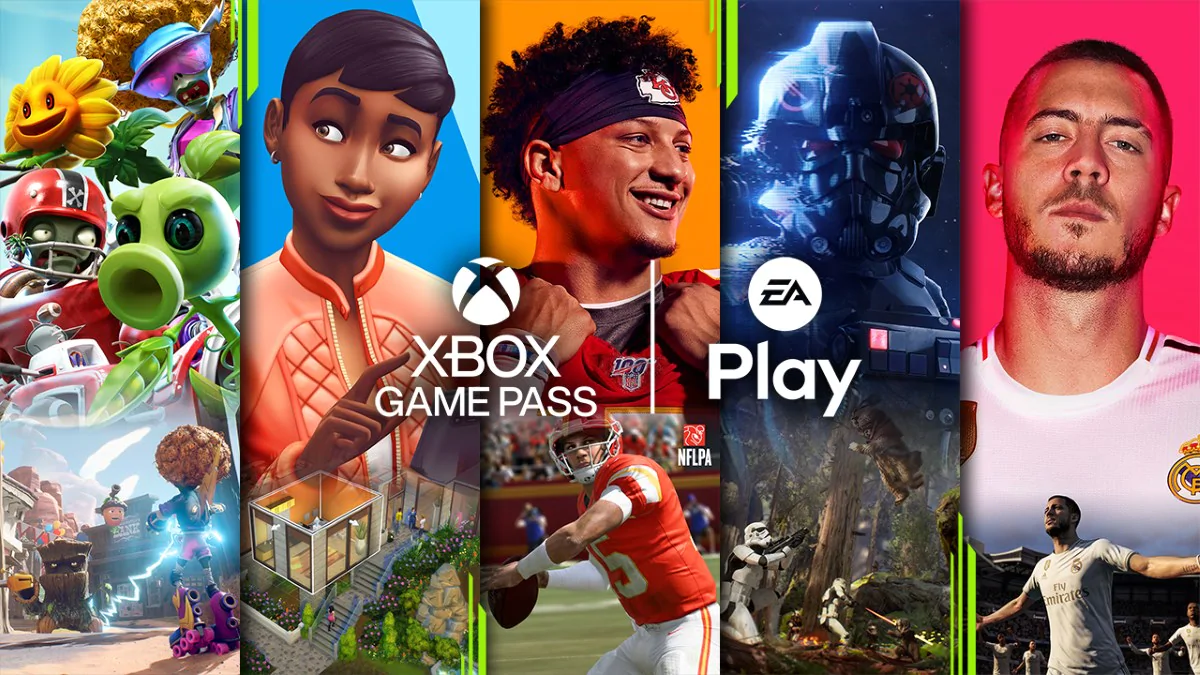 Taking a cue from the success of other subscription-based media streaming services like Netflix and Spotify, many gaming and tech companies have launched their own all-you-can-play subscription services. These services include Apple Arcade, Xbox Game Pass, and PlayStation Now, each of which offers access to a suite of downloadable games for a monthly cost.

With the price of newly released games increasing as we head into a new generation of console gaming, the ability to select from an abundant library of games for a fraction of the cost of a new title looks even more appealing. Additionally, many of these subscription services also offer cloud gaming services, allowing users to stream games directly to their hardware without needing to download them.

However, as interest in Google Stadia — Google’s cloud gaming service — continued to fizzle following its launch at the end of 2019, it became abundantly clear that there isn’t as much of a demand for cloud gaming services as Google might have expected. Juniper Research, a market research company based in the U.K., cites low internet speeds, data cap restrictions, and the popularity of free-to-play games as obstacles to cloud gaming’s mainstream success. Whatever the reason for Stadia’s rocky launch, it’s safe to assume that cloud gaming won’t achieve mainstream ubiquity until the technology can meet its users’ needs more equitably.

The pervasiveness of the game subscription model, however, indicates that people are ready to treat gaming like other media they consume — a form of entertainment to which you can purchase access month-to-month. Given that Xbox Game Pass trials cost $1 a month for the first three months of subscription, the barrier to entry for gaming as a pastime has been lowered significantly over the past couple of years.

You’ve likely heard of Travis Scott’s “Astronomical” Fortnite event, an in-game interactive performance that attracted over 27.7 million unique players and 45.8 million playthroughs as well as over 126 million views on YouTube. The event proved that Fortnite is capable of hosting compelling live events in addition to their immensely popular battle royale game mode.

But that wasn’t the only major partnership or collaboration that Fortnite managed to score last year. They also hosted screenings of Christopher Nolan movies, added dance emotes choreographed by K-Pop superstars BTS, and added The Mandalorian‘s titular protagonist as a playable character. Fortnite‘s Season 2 Chapter 4 arc centered around a collaboration with Marvel, and in April, Fortnite aired Quibi’s reboot of Punk’d in their in-game theater.

While none of these collaborations left quite as large an impression as the Travis Scott event, they all hint at the fact that Fortnite has more ambitious goals than simply being one of the world’s most-played games. Strategically choosing partnerships across film, music, television, and comics allows Fortnite to further expand its audience, while live events programming allow the game to function more as an entertainment platform than simply as a “game-as-service.”

When Netflix claimed that Fortnite was one of their biggest competitors back in 2019, there was no way they could have possibly predicted just how many hundreds of millions of people would be willing to tune in and watch Travis Scott’s exclusive Fortnite performance just one year later. If you’re looking into making partnerships in gaming and entertainment, it’s important to consider that “games-as-services” like Fortnite can function just as much as platforms as they do products.

If it surprises you to learn that Gucci released a $1,600 limited edition esports-themed watch last year, it’ll also likely surprise you that the watch sold out in less than two days. The success of the watch, which was produced as a collaboration with London-based esports organization Fnatic, is but one example of how fertile the esports and gaming space is for luxury and lifestyle brands.

After releasing a League of Legends-inspired line of clothing at the tail end of 2019, Louis Vuitton continued their partnership with Riot Games in 2020 by designing outfits for the game’s fictional K-Pop group, K/DA. Meanwhile, Puma designed jerseys for the Korean esports team Gen.G, while luxury houses Marc Jacobs and Valentino released digital outfits for use in Animal Crossing: New Horizons. Balenciaga even went as far to release their own original, playable videogame called Afterworld: The Age of Tomorrow, allowing players to visit different in-game areas to learn more about their 2021 lookbook.

If there’s any lesson to be learned here, it’s that gaming might intersect with your audience’s interests much more organically than you might think. Cosmetics manufacturer MAC, for example, partnered with gaming giant Tencent to produce a collection of lipstick inspired by Tencent’s Honor of Kings.

In an interview with Vogue Business, MAC Vice President of Global Commercial Mark Jiang noted that the company identified an overlap between their audience and the game’s audience. “There’s a huge crossover, especially given the continued growth of the female gaming community, as well as gamers integrating fashion, style and beauty into their streams,” Jiang said. 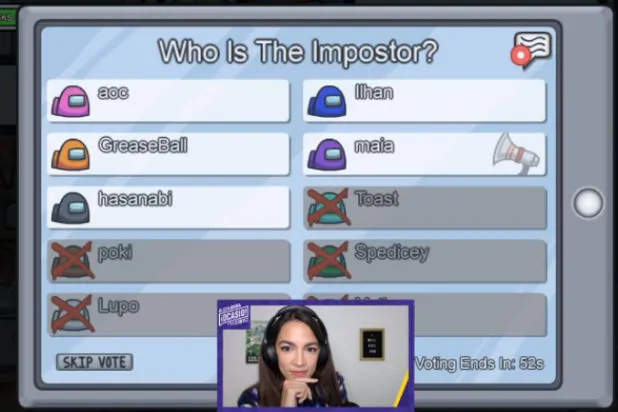 “Anyone want to play Among Us with me on Twitch to get out the vote?” House Rep. Alexandria Ocasio-Cortez tweeted in late October of last year. Soon, the tweet was assailed by a flurry of comments from streamers nominating themselves for the event. By the end of that evening, Ocasio-Cortez — along with Rep. Ilhan Omar — broadcast a stream of Among Us that featured popular streamers like DrLupo, Pokimane, and Jacksepticeye. Vox declared the event one of the twenty most-watched streams in Twitch’s history, pulling in over 400,000 concurrent viewers.

Though this was Ocasio-Cortez’s first time streaming on Twitch, it wasn’t her first time turning to gaming as a way of reaching out to the public. Earlier in the year, Ocasio-Cortez performed a series of impromptu visits to her supporters’ virtual Animal Crossing: New Horizons islands, leaving behind messages, trading items, and even delivering a commencement speech during a virtual graduation ceremony.

The Biden-Harris campaign followed suit in September, distributing a set of QR codes that allowed Biden supporters to decorate their Animal Crossing islands with Biden lawn signs and banners. As Election Day approached, the campaign even set up an island of their own, inviting potential voters to visit and learn more about Biden’s policies while also earning in-game Biden campaign merch.

Though other politicians like 2020 presidential candidates Donald Trump and Bernie Sanders have both turned to Twitch as a broadcasting platform before, the events described above mark some of the first instances in which politicians have used games themselves as platforms for discourse and tools for registering others to vote. In this clip, for example, Ocasio-Cortez asks content creator Hbomberguy to walk her through the experience of living in a country that offers free healthcare.

All of the above indicates that now is an opportune time to get into gaming, whether you’re a player or brand. The events of the past year have pushed gaming into the spotlight, and if you’re looking to begin your journey marketing to gamers in 2021, it might be a good idea to strike while the iron is hot.

If you’ve got ideas but need help executing them or fleshing them out, feel free to get in touch.