The Marketer’s Guide to Twitch

What is the best strategy for activating on Twitch? If gaming is part of your brand’s marketing plan, chances are you’ve been mulling over your options.

It’s easy to understand the platform’s appeal to advertisers. Twitch is the undisputed leader when it comes to livestream gaming content. In Q1 2022, the service accounted for 72% of all streaming gaming viewership with 6.33+ billion hours of content watched, outperforming rivals like Facebook and YouTube by a significant margin. With 31 million avowed average daily visitors, the platform has attracted brands from Tampax to Lamborghini.

Now for the hard part: deciding how to best represent your brand on the platform. Do you run traditional ads? Loop in a big-name streamer? Bankroll your own channel? For those of you trying to devise an opening, today we’re exploring multiple ways brands can advertise on Twitch. 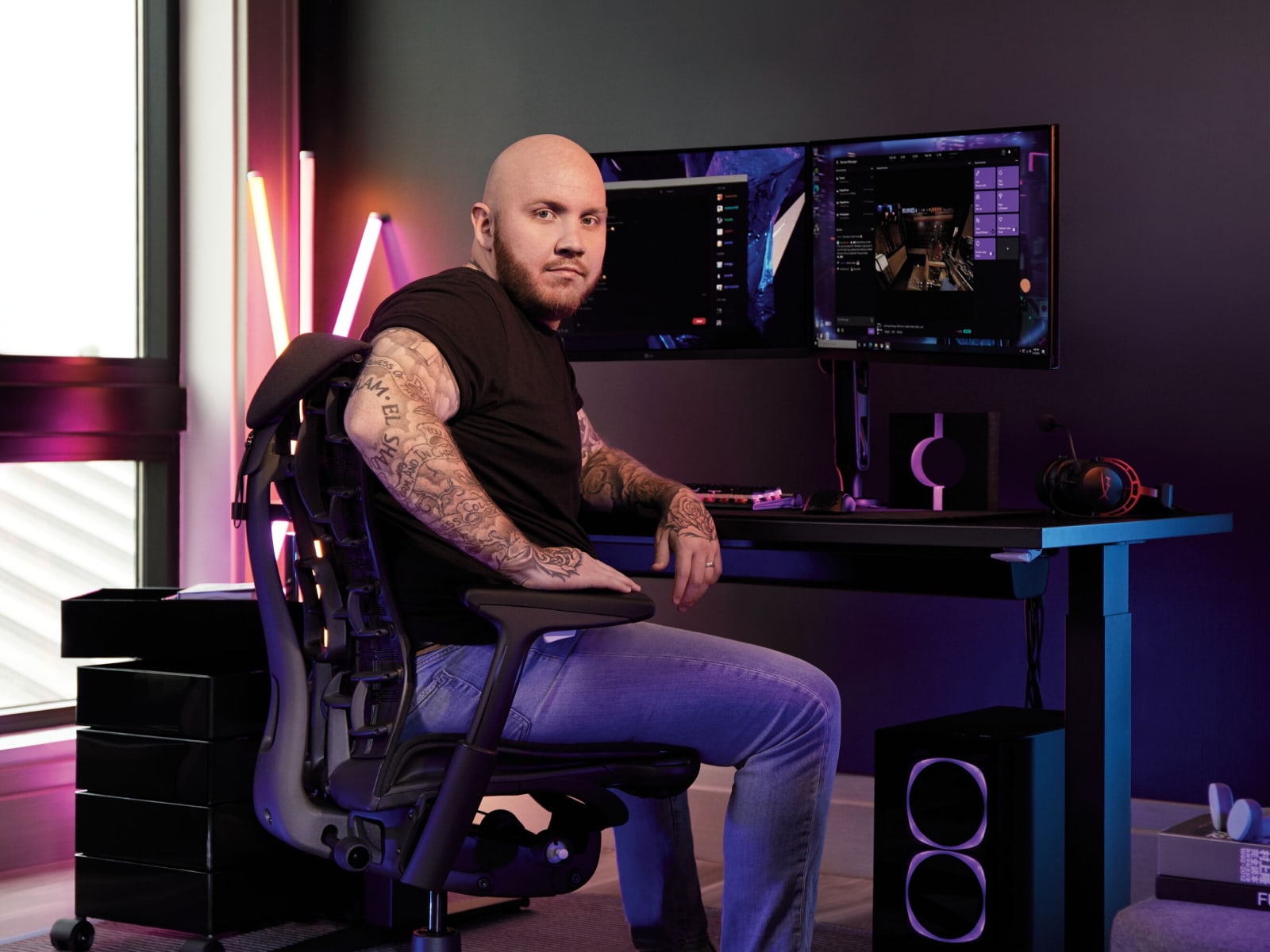 Herman Miller’s present and past activity in the space serves as a solid example. Last year, the designer office furniture brand christened Timothy “TimTheTatman” Betar their first gaming brand ambassador (photo above from Herman Miller’s press release). This mostly meant that he would occasionally mention the ergonomic benefits of Aeron chairs during breaks from endurance play sessions.

Additionally, the chair maker employs common affiliate marketing strategies on the platform, providing affiliate links to popular streamers in exchange for space in their stream overlays and bios. The popular chess player and street hustler Alexandra “BotezLive” Botez has run ads for them.

While brands like Herman Miller opt to develop ongoing relationships with streamers, it’s not necessary to enter into a long-term partnership. Plenty of one-off opportunities exist for collaborating with creators. Spotify, for instance, recently sponsored a single stream with Maximillian “Maximillian_DOOD” Christensen, who socialized with viewers while promoting the chart-topping Batman Unburied audio series. 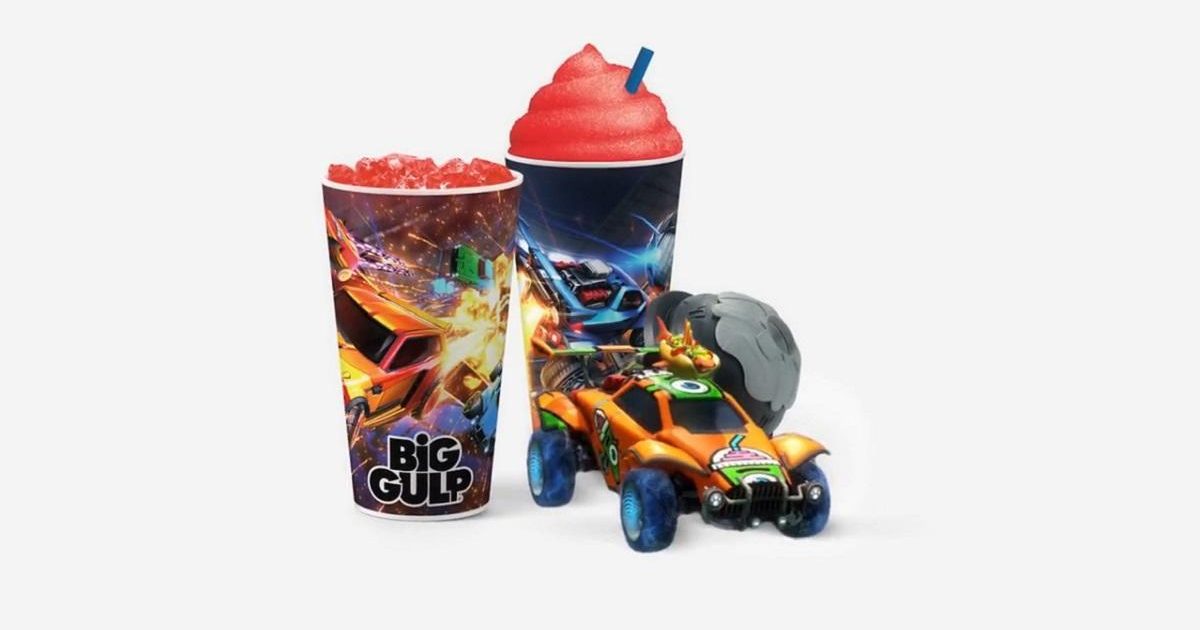 Livestream events can attract a lot of attention, and brands will routinely sponsor these events for the publicity. This strategy is ubiquitous in esport marketing, where brands sponsor a league, tournament, or team to gain visibility during an event. A recent three-day Rocket League tournament dubbed the 7-Eleven Slurpee Cup is a case in point. The matches were streamed on Rocket League’s Twitch and YouTube channels simultaneously, while ancillary content was pushed out through other social channels.

While this event was part of a larger integration involving an IRL product (a 30oz limited edition Rocket League icy cup pictured above) and digital ad space, sponsoring an event doesn’t have to be a huge commitment. There are many streaming events with lower stakes, including charity drives, stream-a-thons, contests, and episodes of live-streamed podcasts and talk shows.

Charity streams, in specific, are a great way to get the word out while backing a good cause. Awesome Games Done Quick, an annual charity event that raises money for The Prevent Cancer Foundation, was sponsored this year by a host of endemic brands, including the indie game studio Annapurna Interactive and The Yetee, a brand that presses vinyl editions of beloved gaming soundtracks.

Along the same lines, limited-time affiliate programs can be tied to streaming events. Quip, the maker of smart dental hygiene products, has tried their hand at this, running an affiliate program for an episode of the Critical Role livestream. 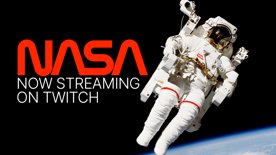 Another way to establish a Twitch presence is to create your brand’s very own channel. While it’s good to have grand ambitions, just bear in mind that your channel will need quality content, and plenty of it. Think of it as launching a brand-centric TV station.

Branded channels that find an audience on Twitch tend to have entertaining and unique content coming out at a regular clip. NASA’s channel streams spaceship launches and updates from the James Webb Space Telescope, which can see back to the dawn of the galaxy. Porsche fills their channel with content from their iRacing esport endeavors. The HondaDreamLab channel features lifestyle content including upcycling, nail artists, and DJ battles.

Branded channels that lack a compelling content strategy often fail to find an audience. E.l.f.’s Twitch channel, which mostly serves as a content hub of clips from its various Twitch ambassadors, has failed to move the needle. And then, there’s Wendy’s channel. Although it rode in on a huge wave of momentum, the page now sits idle, a common fate for branded channel initiatives. Ongoing content development is a must for maintaining the health of your channel.

Working directly with Twitch’s in-house marketing department is a straightforward way to get your campaign off the ground. They offer an assortment of advertising solutions that should be pretty familiar to online marketers. These offerings include display ads of various dimensions placed strategically throughout the site, for instance, in the marquee surrounding the carousel that flips through featured streams on the Twitch homepage. They also include various video ad formats that cut in during live broadcasts (for example, pre-roll and mid-roll ads, which play before and during streams respectively).

Beyond ads, Twitch’s marketing team will partner with you on more ambitious creative. By way of the Brand Partnership Studio program, brands can sponsor streams that are officially Twitch productions. Twitch Rivals, a weekly show that enlists well-known streamers to compete in trending games for cash prizes, is probably the best example of this. The format is one part game show, one part esport tournament, one part Zoom hangout. Twitch can assist partners with custom creative as well, like they did with American Eagle’s docu-series on professional streamers.

Expect prices to vary for the above solutions, especially since Twitch doesn’t publish rates or ROI. However, visibility and support from Twitch is ensured, which isn’t the case when venturing out on your own to collaborate with streamers.

As you can see, there is an array of different strategies for engaging with Twitch’s viewership. So which ones should you go with? Our advice is to look for opportunities that align with your brand’s vision. Twitch is home to many different communities and interests, including esports, gaming, music, art, cosplay, chat, and storytelling. Though teaming up with the biggest streamers may seem lucrative, it won’t necessarily equate to high conversion rates if their audience isn’t the right fit. To quote an old proverb of dubious origin, a big net might miss a lot of fish.

For some advice on what NOT to do when marketing on Twitch, read our previous insight. No fishing puns, we promise!