The Marketer’s Guide to Roblox

If you have kids of a certain age, you probably hear about Roblox all the time. Otherwise, it may require a brief introduction. A gaming platform that thrives on user-created content, Roblox is home to millions of bite-sized games, some of which have amassed billions of visits.

Though wildly popular, Roblox can be easy to overlook. It’s frequently dismissed as a kids game, can be hard to figure out, doesn’t have the buzz of an esport, and looks a bit rough around the edges — and yet it is a major force in gaming and shows no signs of slowing down. With a large, loyal player base and a newfound emphasis on roping in older demographics, Roblox is worth considering for brand sponsorships.

Let’s take a look at how it works. 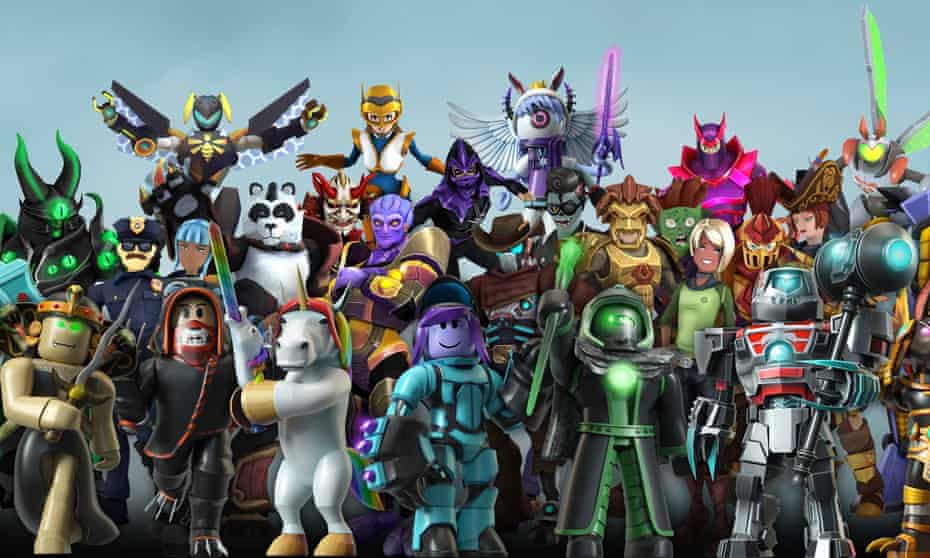 Roblox’s claim to fame lies in how it seamlessly combines the community aspects of an MMO with simple yet robust game creation tools. The result is a bright and playful space where users can play games, build games, and hang out together in games.

While the pandemic definitely played a role in Roblox’s recent success, the platform has been around in one form or another since the early 2000s. Perhaps not surprisingly, it contains many trappings of MMOs from that era.

In some respects, Roblox is very much a quintessential virtual world in the vein of Second Life and The Sims Online. Players deck out their avatars with virtual items purchased with Robux, the platform’s virtual currency, and set off to explore the “metaverse,” a term that Roblox Corporation often uses to describe their world of interconnected content.

But unlike the MMOs of old, Roblox is also a game creation platform. Every game and every experience in the Roblox universe has been custom-built in Roblox Studio, a Roblox-specific game engine available for free to all users.

The content is all over the place, but the best games rise to the top. Adopt Me, a game where players hatch, care for, and trade off virtual pets, is among the most popular destinations, having been played over 20 billion times. Dress-up games like Royale High are also trendy, allowing players to strut down the runway and attend class in swanky outfits.

Nearly every game genre is represented, from shooters to horror games to “obbies” — Roblox slang for platforming games. Just recently, the celebrated game developer Terry Cavanagh (of Dicey Dungeons and Super Hexagon fame) tried his hand at creating an obby. The result, Climb the Giant Man Obby, is a testament to how the platform is gaining traction with broader audiences. 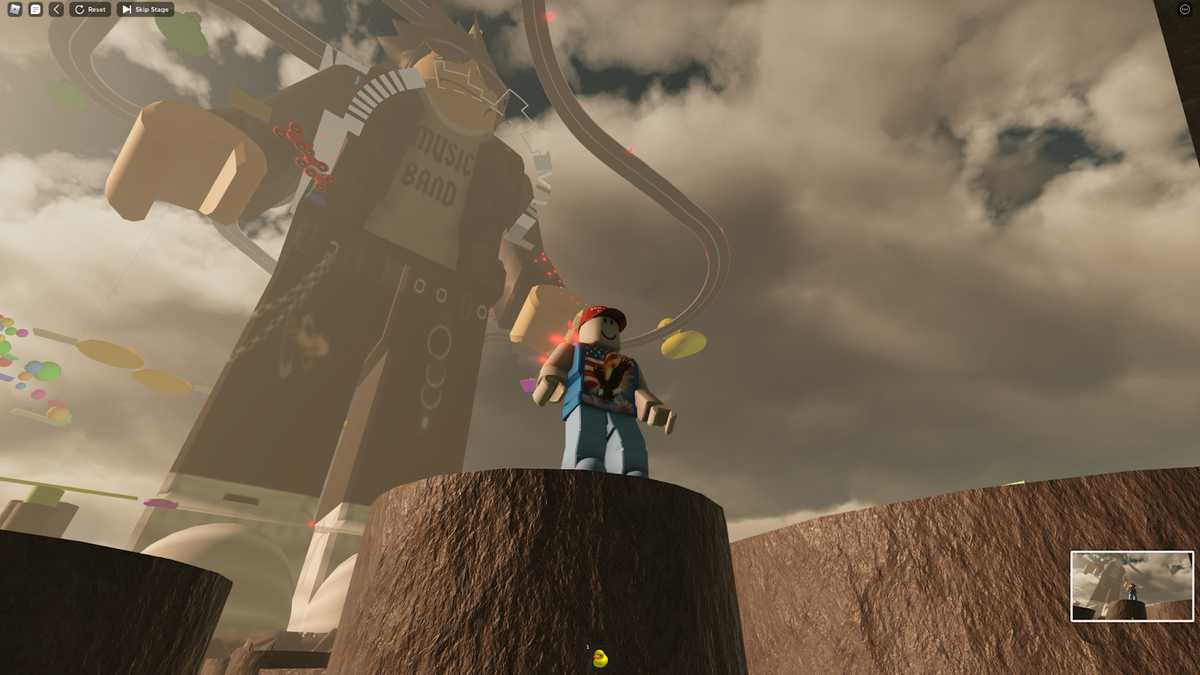 Why brands should pay attention

Roblox can be a great place for brands to play. For one, it uses a game-as-service model, where the platform is constantly updated with fresh content to retain a stable player base. Speaking of players, it has a lot of them, averaging 43 million daily active users in May, according to a note to investors. The sheer volume of its audience alone is enough to justify keeping Roblox on your radar.

Another benefit to being on Roblox is visibility, as the platform gets a lot of secondary exposure on other social media platforms. For instance, it was the second most-viewed game on YouTube behind Minecraft in 2020. Much of the Roblox content that gets passed around is what’s known as RP, or roleplaying content, where users edit together little vignettes of their Roblox avatar absorbed in daily activities like getting ready for school or taking care of the baby.

True to its reputation, Roblox’s audience is young, with 54 percent of its daily active users under the age of 13. Thus, it might not be ideal for every brand. That said, the demographics may be starting to shift. Since becoming a publicly traded company, the brand has been courting older players to drive growth. “Our goal is to create a platform that appeals to all ages,” said Roblox’s Chief Business Officer Craig Donato on investor day.

To his point, the platform is placing a greater emphasis on teaming up with brands with broader appeal. So, how can brands use Roblox for marketing? 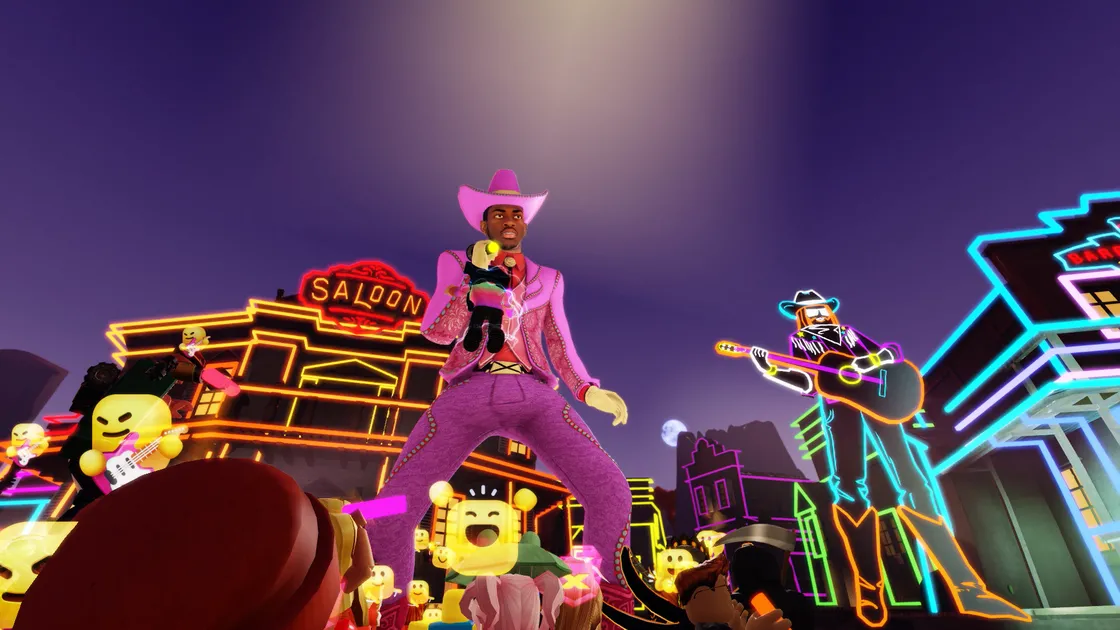 One way to make some noise on the platform is to put on an in-game event. The most widely publicized of these have been virtual concerts, namely events featuring Lil Nas X, the boy band Why Don’t We, and the cast of the Hollywood adaptation of the Broadway musical In the Heights. However, in-game events aren’t limited to concerts and can be hosted by any kind of brand.

Gucci Garden is a good example of how these activations operate. The Italian fashion house created a Roblox experience to promote the grand opening of their deluxe retail store in Bologna last month. Users could browse the virtual store and purchase digital versions of Gucci merchandise for their avatars with in-game currency. One virtual bag actually sold secondhand for over $4000 in Robux, which is even more than the cost of its physical counterpart. 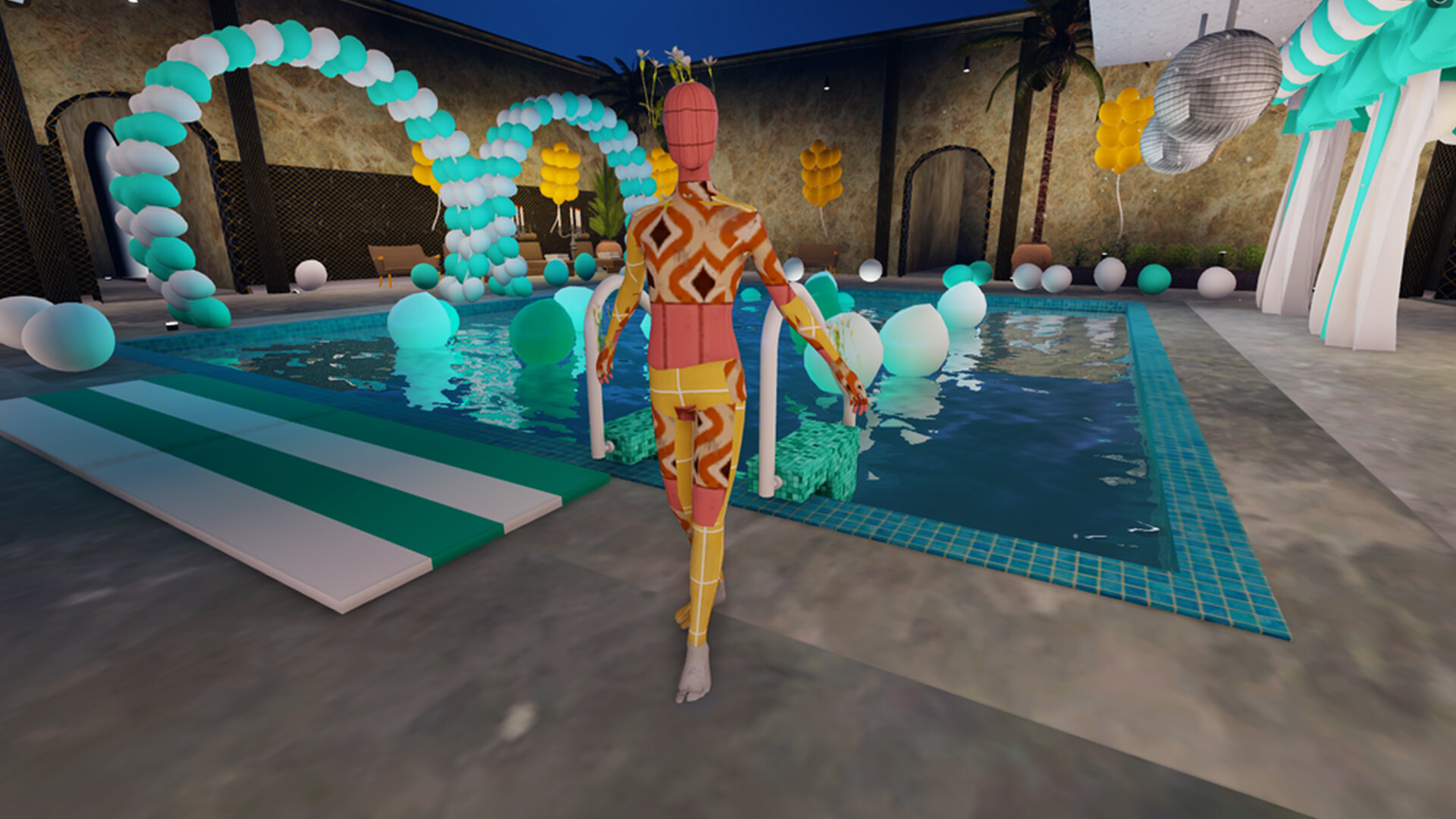 Virtual items are a hot commodity in Roblox, as they allow users to accessorize and express themselves through fashion. Brands can take advantage of this trend by creating a batch of virtual items and giving them away (or selling them for a nominal price).

This incentivizes players to participate in your activations, and again, it works for many different types of properties: Gucci, Nerf, and the Swedish pop singer Zara Larsson have all distributed virtual items as part of activations in recent weeks. 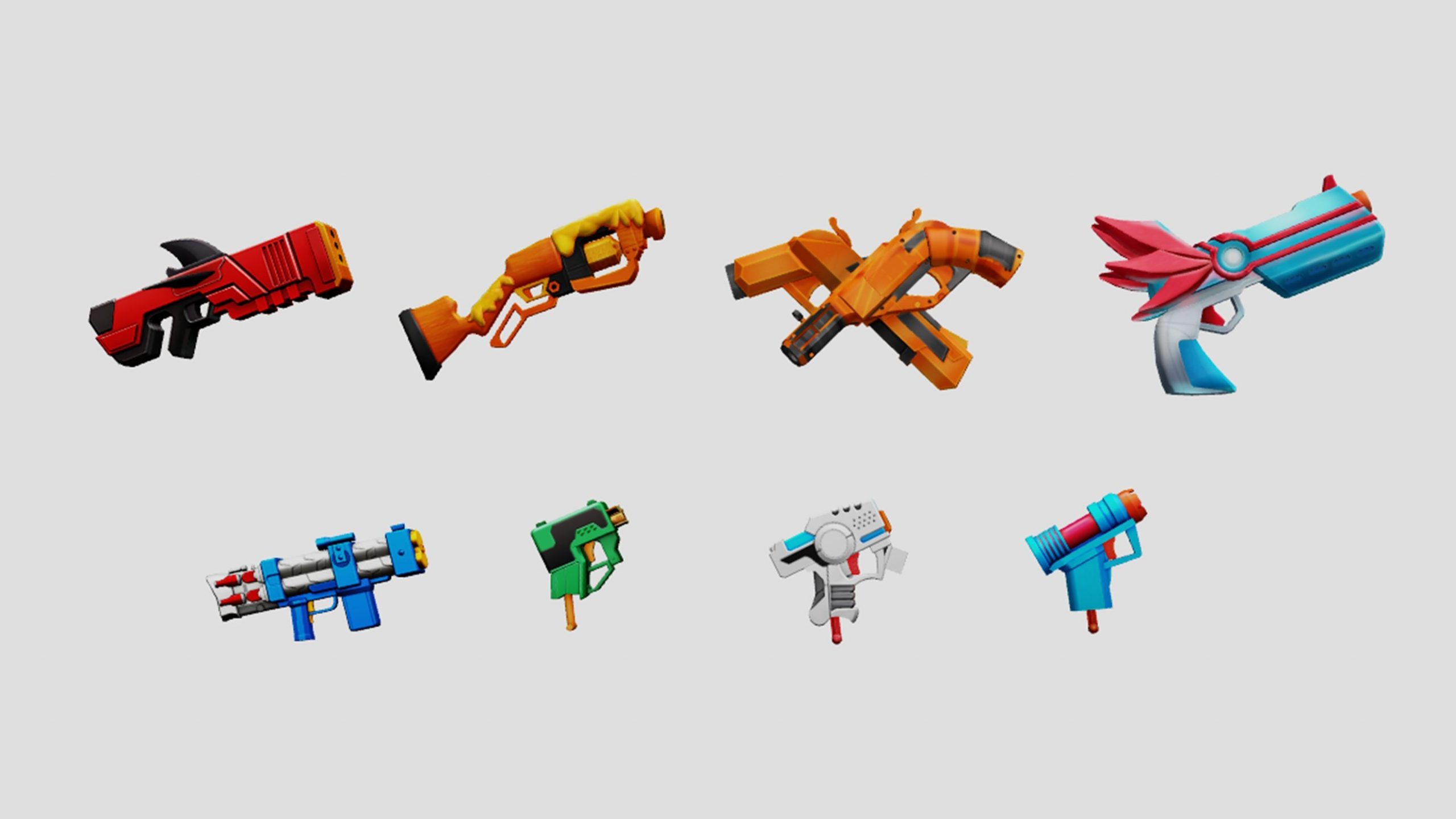 Contests on Roblox can be pretty elaborate. They typically challenge players to complete goals in multiple games to win virtual items only available for a limited time. To promote his book Ready Player Two, for instance, Ernest Cline staged a scavenger hunt. Virtual items based on the property were hidden in seven games on the platform. The first 777 players who found them all received a rare and highly coveted accessory.

Netflix’s Stranger Things: Starcourt Mall activation, which launched in April, replicates this game-within-a-game structure on a smaller scale. These types of activations work well because they stimulate players’ intuition to collect things—to catch them all, so to speak. Players who want a complete set of sponsored items or a matching outfit are compelled to engage with the activation over return visits, rather than just one time out. 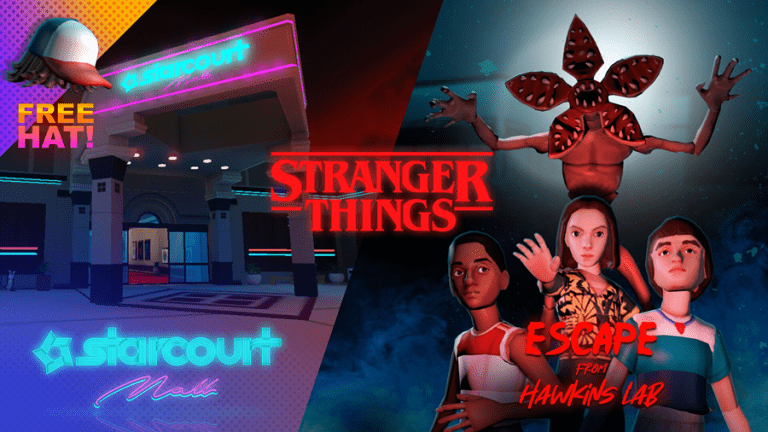 As you can see, Roblox has a thriving ecosystem that lends itself to brand partnerships quite nicely. Brands that have been sleeping on the platform are starting to wake up to the possibilities. Roblox gives you access to a large, vibrant audience, but the mechanics of reaching that audience are different from those on other gaming platforms. If you’re looking for ideas about how to best position your brand, we can walk you through it.