Why Do Videogames Take So Long to Make?

If you look up the release dates for new videogames, there’s a good chance you might find “Fall 2019” or even just a year. The reason? Videogames can take a lot of time and effort to make. From Resident Evil 4 to Duke Nukem Forever, several games have taken the better half of a decade to be made. It’s no wonder then that the highly anticipated sequel Tom Clancy’s The Division 2, which came out in March, was in development since before the first game even released.To find out what exactly goes into game development, we spoke to Sean Velasco, a game designer and one of the founders of Yacht Club Games. YCG is the independent videogame development studio and publisher that grew out of a successful Kickstarter campaign for the throwback platform game Shovel Knight. Before that, Velasco was a director at WayForward Technologies, where he worked on videogame franchises, such as Batman: The Brave and the Bold, BloodRayne: Betrayal, and Contra 4.This interview has been edited and condensed for clarity.Twofivesix: What do you think is the trickiest part of making a game?Sean Velasco: Just navigating the stages of development—knowing when your prototype is good enough that it’s ready to move onto the next step and actually build it all out. Or knowing when you need to give your game a little bit of time to incubate or knowing when to call it. A lot of times, you’ll have developers, especially indie developers, who will have their game in development forever. That’s a big hurdle.Twofivesix: Would you say that’s a common challenge, no matter what scale you’re game is?Velasco: Managing your scope is. Everyone is excited about making a game, so you want to put in all the features. You want to keep iterating on it forever and ever until it’s perfect, but sometimes, the knock-on effect of adding a bunch of features is that you have to test them. One little change ends up impacting the entire game. If you drag your development all around in a bunch of different directions, you can lose your focus also. So, yeah, it’s definitely tough.Twofivesix: Who decides on the timeline? How do they predict that?Velasco: Here at the Yacht Club, we don’t really have anyone that’s in a producer role. When we started the project, it was a Kickstarter, and we said this is going to take us about a year. This is what the feature set is going to be. And as a developer, you just try to estimate how long every feature will take, add it up, and add some padding. Then that’s what your schedule is. But of course, it always veers off in all sorts of crazy directions. Because it’s impossible to anticipate all of the things that can happen with game development.But we’ll generally try and do our due diligence. We’ll say, “We want the game to take 18 months.” Well, that means that if we have a team of five people, then that means we can have this many levels, this many characters, this many enemies. Twofivesix: You brought up things that come up that are impossible to anticipate during the game development stages. Could you name some examples?Velasco: A lot of times, when you’ll think of a feature that’s supposed to be simple, it ends up being complicated. At WayForward, we had a Batman game  [Batman: The Brave and the Bold]  with a character that had an AI friend who would follow you around and beat up enemies. It was like a buddy game with two characters, but that means that the computer-controlled character has to really work perfectly and not go crazy when it gets near the edge of a wall and could fight the enemies. And it has to be a good-looking, realistic AI character that’s a good companion for you. 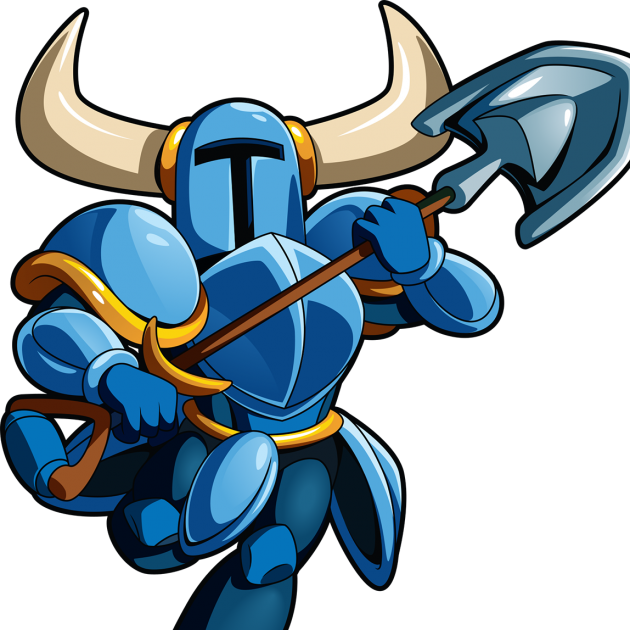 Or random bugs crop up, and you just can’t find them. Sometimes it’s technical stuff. Other times it’s like design stuff, right? Like, in Shovel Knight: Plague of Shadows, we wanted to have this whole outcome system where the player would be able to get dust, bones, and metal and put it all together and make their own weapons. But when we got it into the game, we realized since Shovel Knight is a relatively simple platformer, the kinds of ingredients that you would get as you were progressing through the stages were not varied the way that it would be in something that’s randomly generated like Minecraft.We’re like, “Well, I guess we got to go back to the drawing board and salvage what we can.” When the Nintendo Switch version of a Shovel Knight came out, it did really well on the platform, and so we said now we can make a King Knight and Shovel Knight showdown everything we want it to be. In that case, we actually decided we were going to spend a little bit more time on this to really make it cool and blow it out for everybody. So there are a lot of reasons that a game schedule can go late.Twofivesix: Yeah, that’s probably why a lot of games will usually give a release date of just the year or the quarter. Can you give a sense of how long videogames take to make on average or does it really depend on a lot of factors?Velasco: It’s all over the place. At WayForward, some of the game cycles were four or five months. Shovel Knight took 18 months. But sometimes games take years and years, right? An indie game can take nine years for one person to make. So, I think it really just depends. And also what kind of game you’re making, on what scope, how big your team is, how many problems you encounter. The games that we make here at the Yacht Club are a far cry from something like a huge 3D project that’s made by hundreds of people. I mean, it’s hardly even comparable.Twofivesix: When comparing mobile versus PC games, would you say their timeframes are like vastly different? Or could there be a PC game that’s in development that takes as much time as a mobile game? Is there a platform-based factor?Velasco: No, I don’t necessarily think it’s platform-based at all. You could have a PC game that’s extremely low-scope or the same thing with a mobile game. If you think about iPhone games, some of them are AAA games. The same way that we put our games on PC. I wouldn’t say any platform is more or less expensive than the other necessarily.

Twofivesix: How is the playtesting stage different than focus groups in TV and film development?Velasco: Games have a lot more potential for variance than something like a movie, right? I mean, people watch movies and have all sorts of different takeaways from them, so I wouldn’t want to say that is not true. But sometimes, you’ll watch someone play a game and they just don’t get the central conceit of what your game is trying to do. Like, it’s not intuitive to them. Especially at the Yacht Club, we spend a lot of time making sure that everything is intuitive, so when you pick up the controller, you already kind of know what you’re doing. And that means we have to test for a lot of people. That’s what they say design is—you’re making one thing that fits a large subset of people.It’s almost like a technical problem. For instance, in that Batman movie [The Dark Knight Rises] with Bane—whatever he was saying, I just couldn’t tell the whole movie. It was like an accessibility problem. Maybe they should have playtested their movie a little bit. I would have at least subtitled him or something.Twofivesix: What advice or warnings would you give to a brand that is interested in developing branded videogames for the first time but who have not been in that space before?Velasco: No matter how much leeway that you think you’re going to need to give a developer as an artist, you’re going to need to give them more. It’s going to take longer than you want—no matter what. If the game is time-constrained, then there is no guarantee it’s going to be good. And you’re going to need to be there, sitting on them the entire time to make sure that it’s exactly your vision. Of course, there are places that mitigate that risk, right? Like when I was working at WayForward, we were like, “Yeah, we can make your game for you,” and you can hit that movie date no matter what. But sometimes, the quality would suffer.Twofivesix: In a lower capacity, can you think of something that a brand can do with partners in the gaming space or to support the gaming ecosystem without actually having to create a game themselves?Velasco: What Disney did with Fortnite when they put Thanos [from Avengers: Infinity War] in there. That’s genius because it’s a game that already exists. [I would think] it probably took, like, a month to create the character and event, but you gotta be okay with Thanos going into the Fortnite universe and being in that style. I guarantee it didn’t take that long for them to do, and it made a huge splash because Fortnite is huge. It wasn’t a huge pain in the butt for anybody, and it made the fans happy. It probably made everyone a shit-ton of money.So, you don’t make The Pepsi Movie—you put Pepsi in all the movies as product placement. My recommendation is to have a guest character come in.As far as making money in a branded product, I think your best bet would be to saddle on to something that already exists or to make an alternate version of something that exists and use try to like synergize your brand a little bit. That’s the least risk to your brand. If you go with a game that’s already proven, you just want the game part to already be good. Like, is Toms sneakers really embodied by the gameplay that we’re making here? That doesn’t matter. Just put the sneakers in Grand Theft Auto and have a character wear them. Twofivesix: That’s all really helpful. Thanks so much.