To the untrained eye, a scroll through YouTube’s gaming section can be hard to parse. Even a quick glance at the gaming page reveals a sea of varicolored thumbnails and video titles sporting liberal amounts of capitalization. If you’re a marketer looking to YouTube for guidance, it can be challenging to differentiate between formats and discern which ones make the most sense for your business’s content strategy.

After years spent diving into YouTube’s depths and honing our own algorithms, we’ve identified three major video formats that are commonly popular with the gaming audience. These formats aren’t necessarily mutually exclusive from one another; it’s possible for different formats to overlap. Breaking the YouTube gaming content ecosystem into more digestible chunks, however, affords us insight into what content works well with YouTube’s gaming audience. 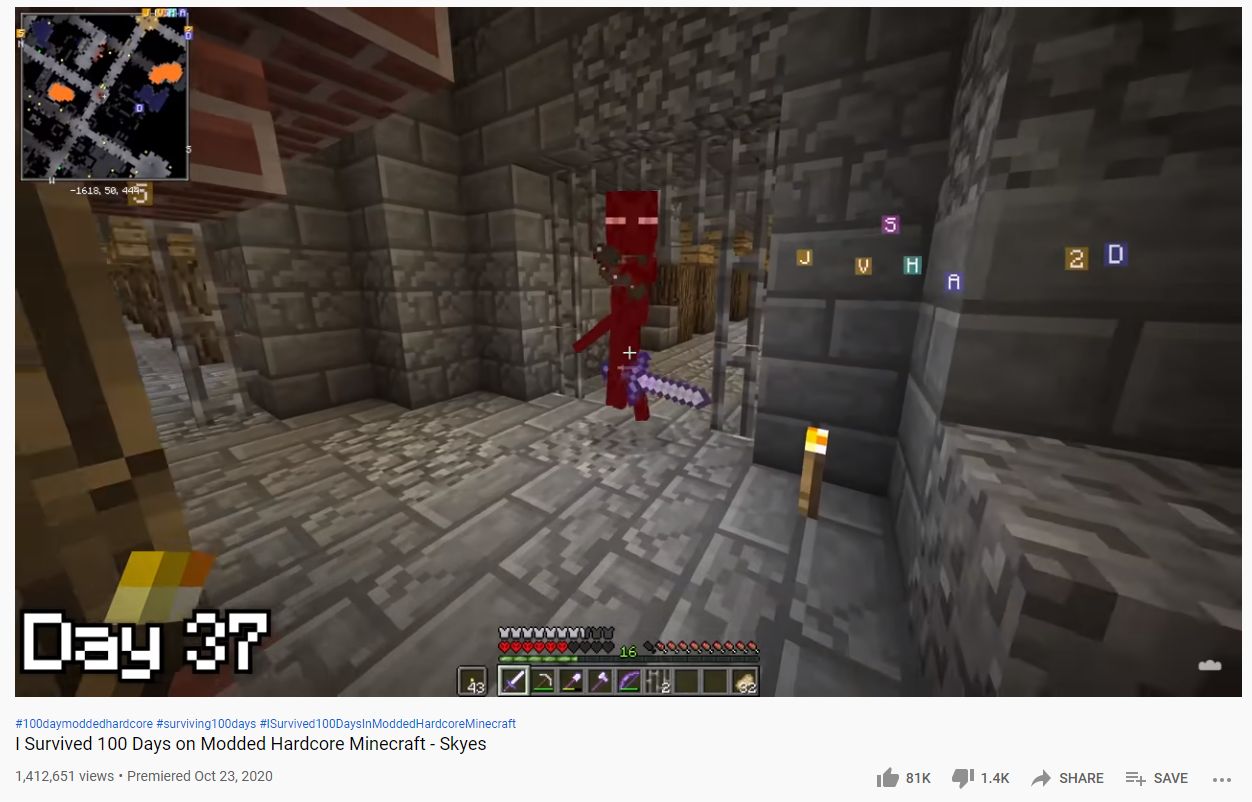 “Let’s Plays” — videos in which creators document playthroughs of games and embellish them with commentary — have been a YouTube staple for years. The format is largely responsible for launching the careers of highly successful YouTubers like Pewdiepie, Markiplier, and Jacksepticeye. The advent of YouTube’s streaming functionality has taken the format live, allowing YouTubers to interact with their audiences in real-time.

Let’s Plays primarily offer two things to the viewer: A means of vicariously experiencing a game and an opportunity to cultivate a parasocial relationship to the video’s creator. Let’s Plays are intimate affairs; in many cases, the YouTuber and viewer might be witnessing a game’s content for the first time together.

The format’s exploratory nature makes it especially suitable for smaller and more obscure games. Independently developed games like Crypt of the Necrodancer, Amnesia: The Dark Descent, and Thomas Was Alone all received sizeable boosts in sales as a result of exposure via Let’s Plays. This indicates that Let’s Play viewers are willing to take chances on titles they’ve never heard of before.

The popularity of the Let’s Play format demonstrates how much viewers value intimacy and earnestness. A compelling personality and entertaining commentary can go a long way in making a video engaging and relatable.

Another way to hook potential viewers is to communicate a clear and specific narrative in the video’s title. YouTubers are constantly competing for real estate within YouTube’s fickle “suggested videos” algorithm, so presenting viewers with an engaging angle right off the bat is important.

For examples, check out Skyes’ “I Survived 100 Days on Modded Hardcore Minecraft” or Markiplier’s “WARNING: STRANGEST. GAME. EVER.” Go all-in on the curiosity gap and highlight obscure games, mods, or in-game stunts and experiments. 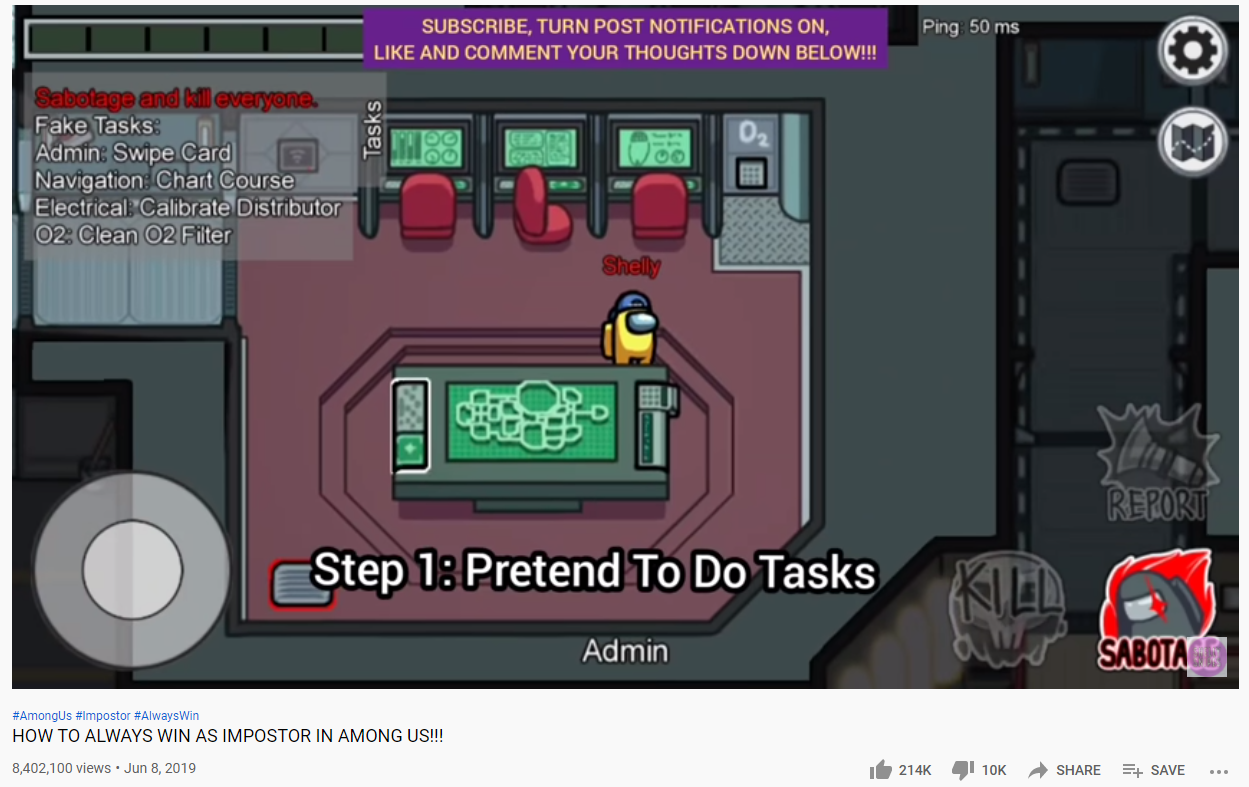 As the world’s second largest search engine, YouTube has become an invaluable resource for how-tos and tutorial videos. In fact, a report published by Google in 2019 reveals that “Teaches me something new” was the #2 most common reason for survey respondents to watch a YouTube video.

It’s no surprise, then, that tips & tricks videos make up a sizable portion of YouTube’s gaming content. Whether you’re looking to improve your competitive rank or simply need help with a discrete task — defeating a particularly challenging boss or finding an elusive chest, for instance — it’s likely that someone on YouTube has the answer.

The current, rich landscape of games-as-services offers many opportunities to produce this type of content. Regular patches, for example, afford YouTubers chances to catch their viewers up to speed on how updates and new features might affect their own gameplay experience.

Anyone looking to make tips & tricks gaming content should pay close attention to SEO. Video titles should target (or pre-empt what might become) commonly asked questions in a straightforward manner.

Shelly Snipes’ “HOW TO ALWAYS WIN AS IMPOSTOR IN AMONG US!!!” and Pixlriffs’ “How To Start A Farm! ▫ The Minecraft Survival Guide (1.13 Lets Play / Tutorial) [Part 2]” are effective examples of this strategy in practice. On the PC hardware side, TechQuickie, a YouTube channel operated by content creator Linus Sebastian, does a good job of addressing questions and concerns that arise organically for their audience (i.e. the PC gaming community). 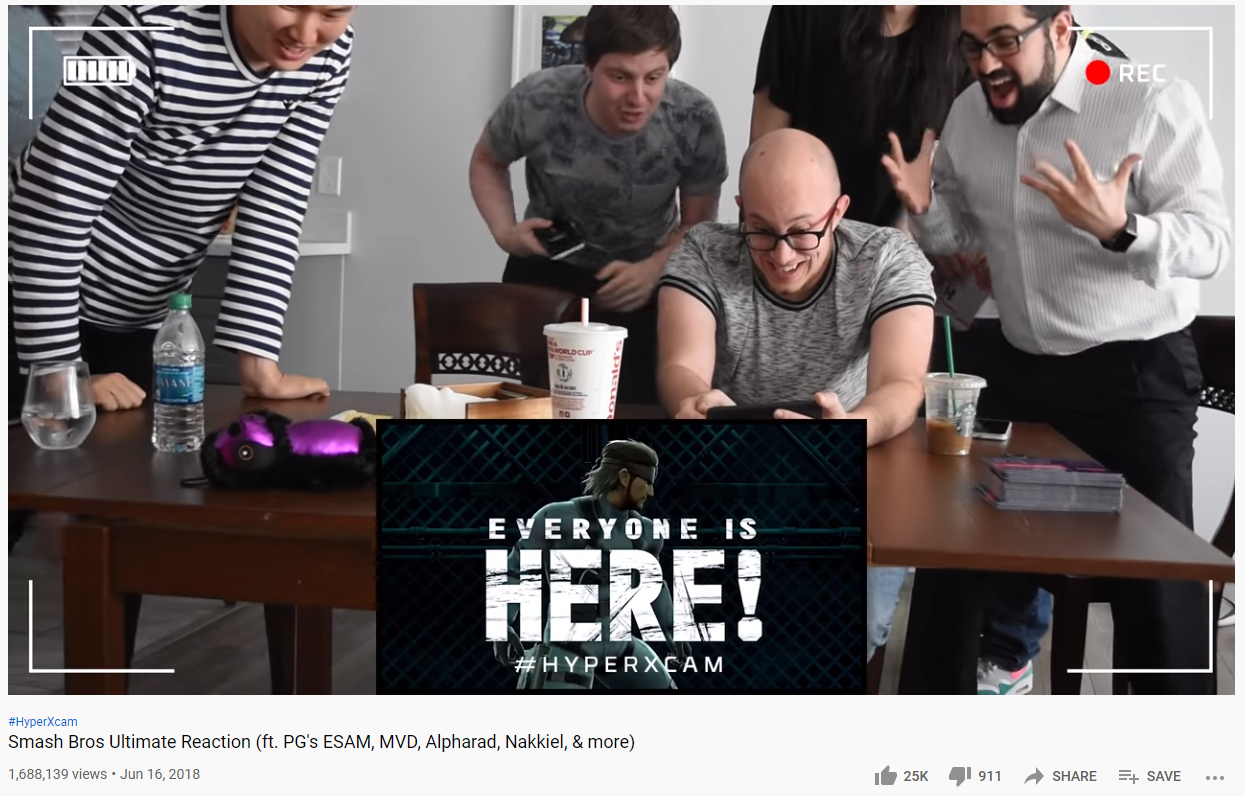 When it comes to finding a subject for a reaction video, gaming content creators on YouTube have a wide range of options. Trailers, press events, product announcements, gaming convention coverage, and even videos made by other YouTubers all make for worthy reaction video fodder.

Many reaction videos serve as entry points into discourse about the topics du jour and allow creators to assert their literacy in gaming culture and its recent developments. Panda Global’s “Smash Bros Ultimate Reaction” video, for example, records a group of competitive Super Smash Bros. players as they react in real-time to the Super Smash Bros. Ultimate announcement.

Other reaction videos allow creators to perform in theatrical ways and cultivate their outward personas as entertainers. Some reaction compilations curate especially expressive moments culled from prior Let’s Plays and livestreams. Jacksepticeye’s “JACKSEPTICEYE Reacts To EVERY LEVIATHAN In Subnautica,” for instance, is a curation of select emotional moments that the content creator experienced while playing the game Subnautica.

A good reaction video requires the right chemistry between its participant (or group of participants) and its source material. The goal is to capture expressive moments and reveal emotional truths — even if the emotion in question is rage, bafflement, or shock. It’s a useful format if you’re able to work with a participant who can either put on a good performance or provide a unique perspective on the subject matter.

It’s important to note that not all reaction videos have to feature exaggerated performances. IGN’s YouTube channel, for example, hosts a series of videos in which developers react to speedruns of their own games. These videos naturally lead developers to produce interesting insights, giving them the opportunity to walk through their design process. 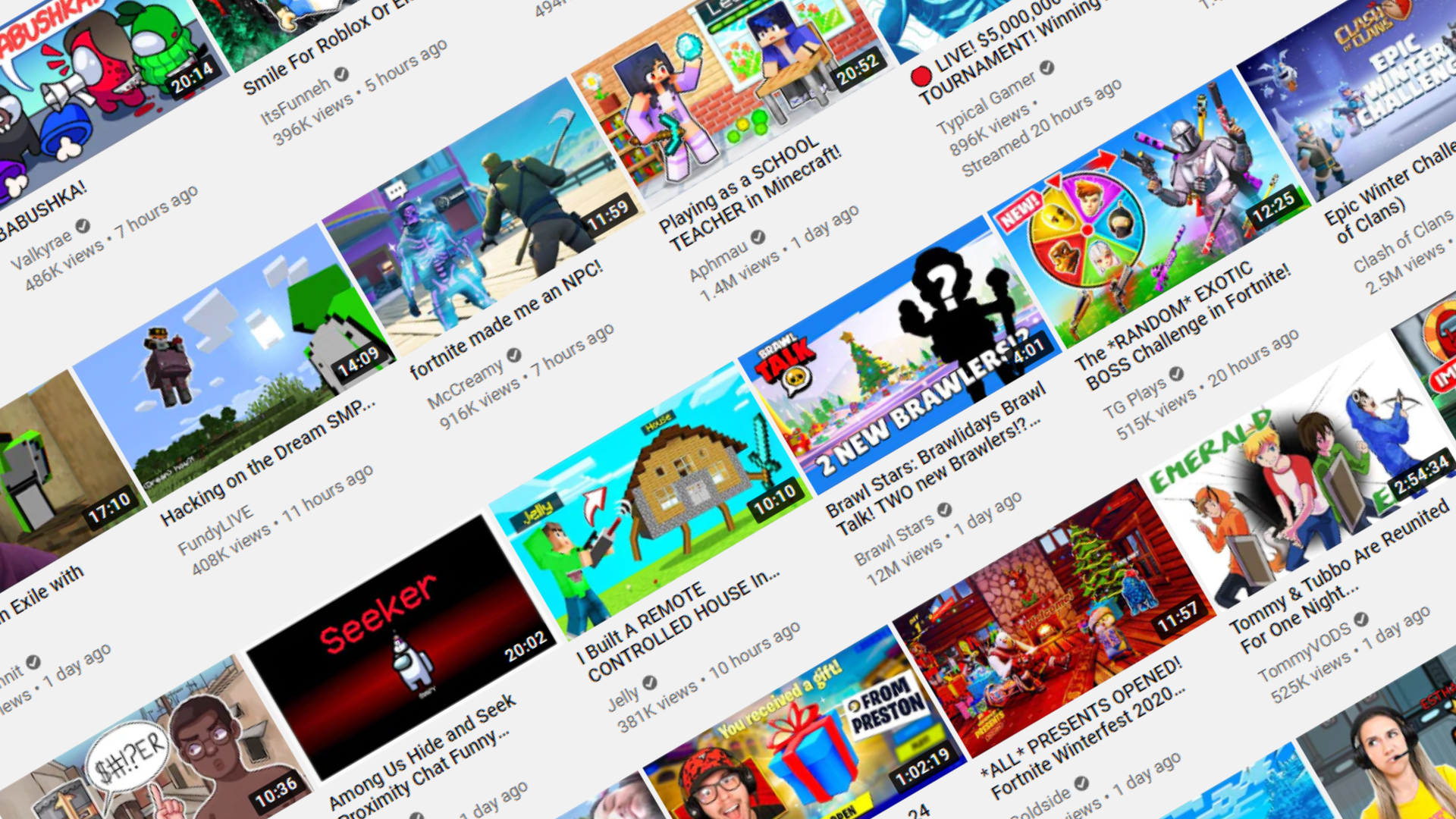 Choosing the right format for you

Whichever format you choose, it’s imperative that you maintain an ambient awareness of what’s happening on YouTube month-to-month. Trends emerge and subside very quickly, and being able to craft your content around what’s popular at any given moment could be critical in standing apart from all the other channels looking to beat the algorithm.